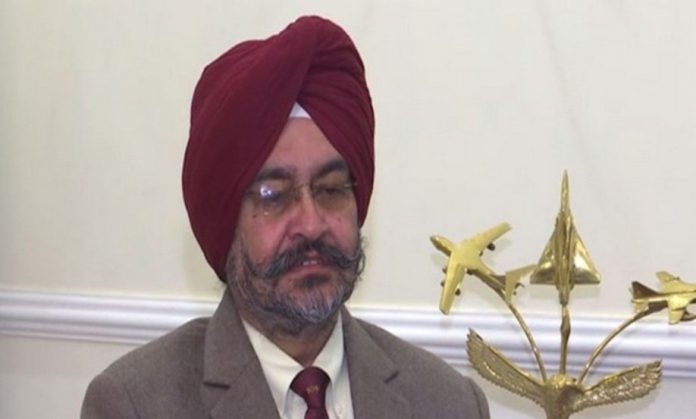 Speaking to the media on the anniversary of Balakot strikes, the ex-Air Force Chief warned the Pakistan-sponsored terrorist organizations that no matter where they are hiding, India will enter their homes and kill them. “The message that we wanted to give was, ‘ghus kar maarenge’ no matter where you are. Otherwise, we could have attacked them from our territory as well,” said BS Dhanoa.

Former Air Force Chief Birender Singh Dhanoa on one year of #BalakotAirstrike: The message that we wanted to give was, ‘ghus kar maarenge’ no matter where you are. Otherwise, we could have attacked them from our territory as well. pic.twitter.com/zGL32LnHCK

Air Chief Marshal (Retd) BS Dhanoa, who was the head of the Indian Air Force during the Balakot airstrikes, further added, “One year has gone past and we look back with satisfaction. We have learned a lot of lessons, a lot of things have been implemented post-Balakot operations. Basically, it is a paradigm shift in the way we conduct our operations. The other side never believed that we could carry out a strike inside Pakistan to take out terror training camp which we successfully executed. It is a paradigm shift and the result is there for you to see.”

Dhanoa said the mission has not been declassified yet. “All that I want to tell you is when the government told us and all three services were there, and because it is not only the Air Force. It is always a joint battle. It is the first time I believe that all three services said that should there be an escalation as far as Pakistan is concerned, we can easily take them on,” he said.

Read: “If Abhinandan was flying a Rafale instead of a MiG-21, equation in air battle would have been different”: Ex-Air Force chief BS Dhanoa

“And go-ahead was given and thereafter everybody knew that the Air Force was going to lead the strike. After the mission was carried out, I personally informed the national leadership as well as the other two service chiefs that mission has been successful early in the morning,” said Dhanoa.

“And also at that time, the thought was that you need to tell JeM that we will kill you, no matter where you are hiding and not to cause collateral damage. The weapons were chosen accordingly,” Dhanoa added.

He further underlined that the Pakistan Air Force was not in the loop with its national leadership and ISI about the presence of terror camp in Balakot.

Exactly a year back on February 26, 2019, the Indian Air Force (IAF) carried out strikes on the training camps of terror outfit Jaish-e-Mohammed (JeM) terror outfit in Pakistan’s Balakot to avenge the February 14 Pulwama attack, which claimed lives of 40 Central Reserve Police Force (CRPF) jawans. In the early morning hours of February 26, 2019, 12 Mirage 2000 jets dropped 1,000-kilogram bombs on the terror camps.