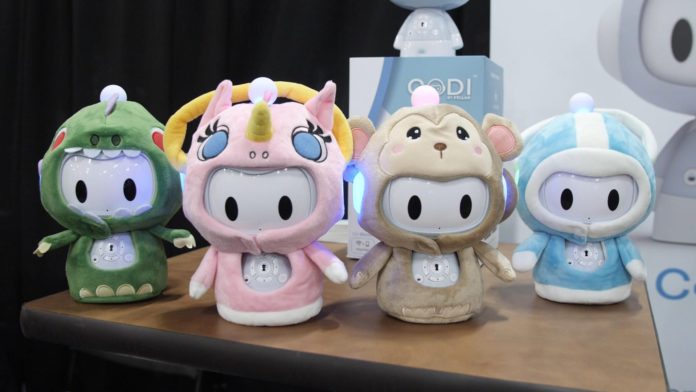 Entertainment for children is always a task at hand. Parents often wonder how to keep the attention of the child maintained on a certain task and how to entertain them. The usual aid is computer, television or phones but the guilt that follows is unmatchable. Codi will be everything you’ve ever hoped for. It is without the dreaded screen and perfect for overall development of the child.

Codi is 8.5 inches tall, it has big adorable eyes and an antennae which lights up when needed. The ears even change colours!The smart and flexible device becomes a friend to the child who gives them individualised attention. The loving and helpful device even tells the child when they have to do certain chores. Codi can even be the storyteller the child adores. All in all, it becomes your one stop for your child.

Codi even serves as a night lamp for children between 12 months and 7 years. It has the facility of playing music which calms the child. It doesn’t stop at this, there are songs which develop the Childs motor skills as well. The point is to reach certain milestones in the child’s formative years which add to overall development of the child. Codi is safe even for children who are teething. It is made of high quality, ABS soft plastic. 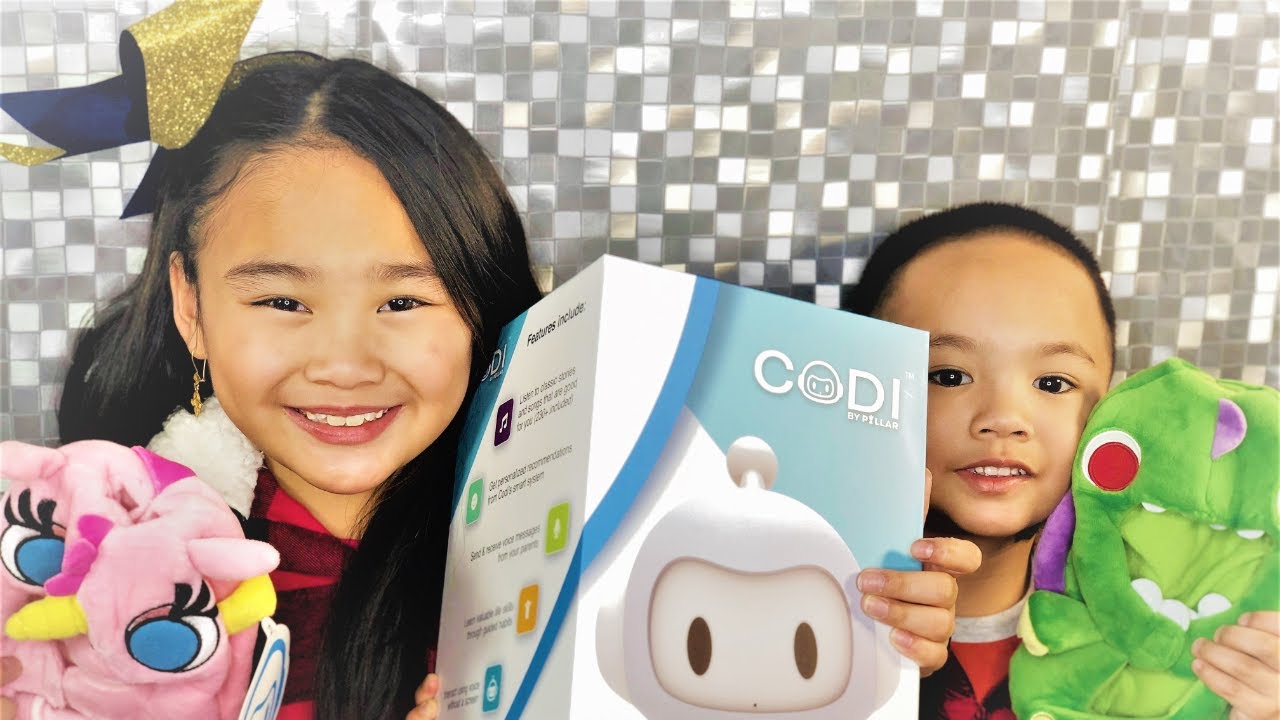 The developers of Codi include Dayu Yang, Chris Oslebo and William Mock who together founded Pillar Learning, an educational tech startup whose flagship product is Codi.Dayu Yang is the CEO and Head of Software. He has degrees from Peking University, Stanford University (economics) and University of Pennsylvania (MBA). Prior to developing his own product he was a mobile apps manager for those products which millions had access to. He has experience in customised product development. sourcing, operations and logistics as well.

Chris Oslebo is the Head of Product Development.He graduated from Stanford University.Chris was the product manager at a major toy company and developed, launched and manufactured over 3,000 toys.William Mock is the head of Content Development and Education. He boasts of degrees from University of California, Berkeley in Asian studies, Peking University in Chinese language and Stanford University for an MA in International and Comparative Education. Mock used to be a kindergarten teacher, academic consultant and Chief Academic Officer at American International College in China.

Together these brilliant minds founded Pillar Learning, The idea was to use innovative technology, research and their ranging talents as well experience to develop a product which served the developmental opportunities for children from the age group fo 12 months-7 years. Their company has diverse personalities each specialised in design, engineering and content creation.

Codi is based on artificial intelligence which has the feature of voice enabled learning algorithms. This adds to the interactive factor. A recommendation is generated which provides the child with content as per the age and interests. There are stories, songs and engaging educational content. These are activated using voice commands or a button.

Codi develops as per the child, initially there might be an interface problem if the child is still learning to speak clearly but eventually with more usage Codi will be able to recognise the words. The initial step is to set up wifi. Post which we have to download a start set which will have access to software updates. Codi then stores your child’s favourite songs and stories which can also be played on off-line mode.

It has the facility of over 10 hours battery life and for recharge purposes there is a plus with a microUSB cable. Codi has a few mobile app which allows parents to have control over Codi. They are able to manage content, delete it as well as download for offline purposes. Parents can also check what material the child is accessing. The childs progress can be tracked and it even propagates development of good habits.