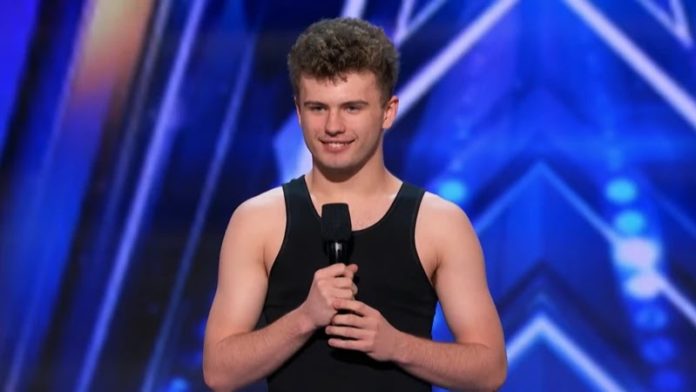 Lewis Patrick Shilvock is an Australian dancer. His dance moves oozes of confidence and grace, he moves so fluidly and has amazing flexibility. Let us see what more do we know about this amazing teenage dancer.

Lewis height is around 177 centimeters.

Lewis’ father is Lee Shilvock and he works as an Agriculture Manager. We do not know the name of his mother and he also has a younger brother.

Lewis’ Instagram Id is lewis.shilvock as of today he has 23.1K followers.

I’m over the moon to say that the wait is nearly over! My @AGT audition will be airing in Tuesday night’s episode! I’ve been dying to tell you guys all about it and am so excited to get to re-live it all myself. #AGT is on every Tuesday night at 8/7c on @NBC! ❤️ *For all my Aussies, @channel7 is a little bit behind America in their episodes so you may have to wait a little bit longer before you catch me on Aussie TVs. I will however be sharing clips on my socials as soon as I air in the USA*

Lewis started dancing at the age of 4. He has learnt dancing at Precizion Dance School and GTB Dance studios. He has also done apprentice at ‘Embodiment THE COLLECTVE,’ which is an all-male contemporary collective. He is quite well known in his home town having won several dance events. He has now cleared the audition round of America’s Got Talent.

Lewis was very close to his nan, she unfortunately died from cancer. The last thing she ever told him was “dance from your heart.” He states that whenever he dances, he draws emotions from his experiences and moulds them in his moves.

Lewis in his audition for America’s Got Talent danced to the Queens’ “Don’t Stop Me Now,” it was an energetic performance infused with pirouettes, leaps and more by the end of the performance he had all the audience on their feet cheering him. When it came to voting Judge, Howie Mandel gave in a No but with remaining three judges saying Yes, he cleared the audition round. It will be interesting to watch how Lewis fares in the next round.