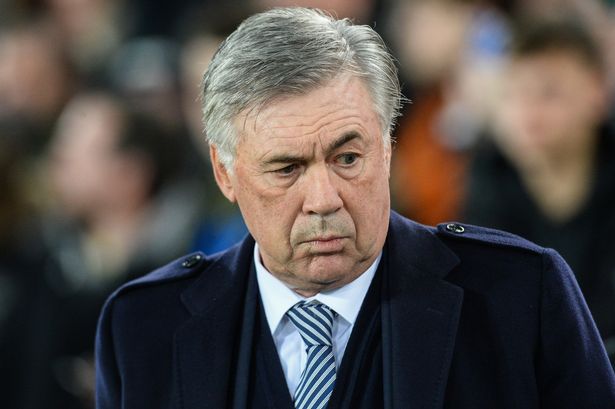 Carlo Ancelotti has challenged Richarlison to find some Cristiano Ronaldo consistency to become a world-class forward.

The Everton boss hailed the Brazil ace after he scored a fine strike to put Everton back in control of their clash with Crystal Palace on Saturday.

Richarlison collected a Dominic Calvert-Lewin knock down just inside Palace’s half before twisting and turning Gary Cahill and then fired into the bottom corner.

It was his 11th goal of the season for the Toffees and Ancelotti – who managed Ronaldo at Real Madrid – believes becoming world class is in the Brazilian’s hands.

He said: “I enjoyed working with Ronaldo because he was really professional, and he scored every single game.

“Richarlison is not yet at this level but I think every one of us enjoys having him at Everton.

“He’s young, he has to improve, he has to play with more consistency but he shows fantastic quality at counter attack, as a striker. 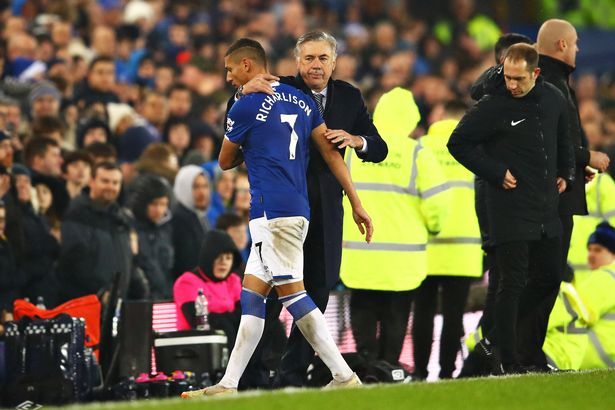 “It depends on him but he can be a world class player, it depends only on him.”

Ancelotti said he will speak to Brazil’s national side about Richarlison’s Olympic ambitions.

The Everton forward is likely to play in this summer’s Copa America but has also revealed he wants to play at Tokyo 2020 which will rule him out for almost a month of the Toffees’ next season.