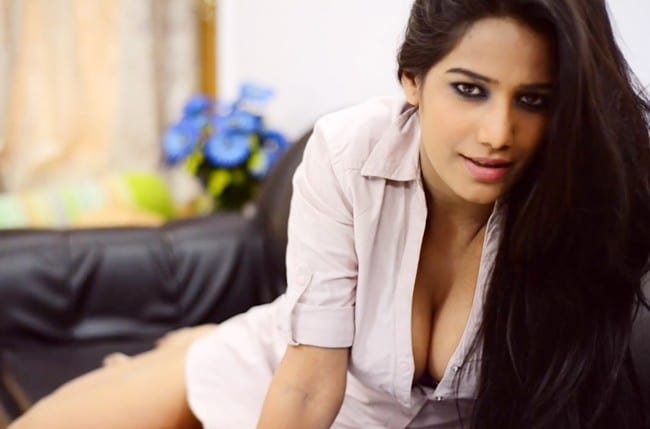 Mumbai: Controversial model-cum-actress Poonam Pandey is once again in news. Poonam has moved the Bombay High Court against Shilpa Shetty’s husband and businessman Raj Kundra and his associates after the police refused to register an FIR against them.

It was in 2019, Poonam Pandey signed a contract with a firm called Armsprime Media. This company was going to make an app after the name of the actress and they were also going to get a share of the profit.

According to Poonam Pandey, she had cancelled the contract. She felt that there was discrimination in profit sharing. After annulling the contract, she started getting calls with explicit requests. Being upset, he left the country for three months, but after coming back, he had to face the same thing over again.

Poonam told that she also changed her number but the process of harassing her has not stopped. She said that earlier she had complained to the police but the cops refused to register a case against Raj Kundra, so now he has turned to the High Court in search of justice.

After changing her number, she then spoke with Saurabh Kushwah, Raj Kundra’s associate, from her new number and started receiving similar calls on the same.

On the other hand, Saurabh Kushwah has denied the allegations and said that it was their firm that discarded the contract since the content that Poonam posted was obscene and explicit. Raj Kundra also said that he had sold his shares to the current shareholder back in December 2019. Poonam Pandey further said that just because she is Poonam Pandey, she cannot be subjected to this treatment.

In 2013, she was the female lead of the film Nasha, playing a teacher who ends up having a sexual relationship with one of her students.

Spotlight was on her when she promised to strip for the Indian cricket team if it won the 2011 Cricket World Cup. India indeed lifted the World Cup; however, Pandey did not fulfill her promise due to public disapproval, but later claimed she was denied permission by the Board of Control for Cricket in India (BCCI). However, she did upload a video on her mobile app, where she is seen stripping naked at the Wankhede Stadium at night.