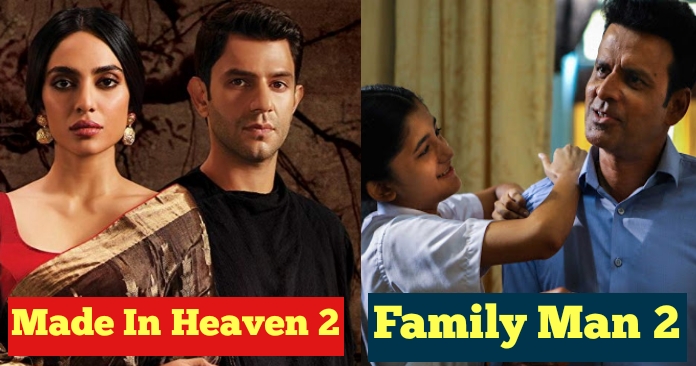 From some new much-awaited web series to some more new seasons of our favorite existing shows, we’ve got a real big list of binge-watching shows in 2020. All thanks to streaming platforms like Netflix, Prime Video, ZEE5, ALTBalaji, and Hotstar that the audience has something to engage their time into. Indian audience has been so busy lately with all these shows, that especially this medium has received a massive amount of boom currently.

So with that, we present you the list of some really good Indian web series on different streaming platforms that you must look up to.

This series starring Arjun Bijlani, Arjan Bajwa, Vivek Dahiya and Mukul Dev started streaming on ZEE5 since 24th January. The show is based on the stories of the unsung heroes that fought during the Mumbai terror attack on 26th November 2011. It’s mostly based on the book “Black Tornado” by Sandeep Unnithan.

Based on the novel with the same name written by Sumrit Shahi is all about two best friends who try to reconnect after a really long time. The story will be based on two different timelines and will showcase the complicated feelings of today’s era. This show started streaming since 20th January 2020.

After the fame received from the film “Lipstick Under My Burkha”, Alankrita Shrivastava is again all set with her next film featuring five different generations of women living in urban India. It will show their wrestling desires, crises, vulnerabilities, and ambitions.

After certain confirmation, Messy starring actor Ravi Patel is the story of a stand-up comedian who lives in Mumbai and daily faces challenges to balance her life between family, boss, passion, and boyfriend. She tries to follow her passion amidst all the drama surrounding her in getting her life together.

As per a statement by Netflix India, “She” portrays the story of an undercover cop who tries to break certain stereotypes while discovering her sexuality.

Not much has been revealed about this upcoming series, but it is said that the story is all about exploring love which is set at the backdrop of “Taj Mahal”.

Jennifer Winget is ready to bang our digital screens with her show “Code M”. This drama show is about Monica who reveals some explosive and ugly truths related to an encounter. This show already began streaming since 15th January so don’t be left behind.

After years, Karishma Kapoor is going to take us to an adventurous motherhood ride with her debut show “Mentalhood”. Showing the struggle of every Indian mother with kids to raise and never-ending expectations, this show really has some good content to focus on.

3. It Happened In Calcutta

Set during the time of the 60s and 70s in Kolkata, this story is about a girl named Kusum who gets into Calcutta Medical College and falls for the most famous and handsome guy (Karan Kundra) in the college. Apart from this cute tale, this show will shed light on the issues of the world war and cholera epidemic too.

Dil Hi Toh Hai is a popular Indian web series about a love story that is back again with its third season. The story has now taken a two-year leap and in addition to Karan Kundra and Yogita Bihani, you’ll see some more new faces.

Class of 2020 is basically a sequel of Vikas Gupta’s famous teen show “Class of 2017”. It’s a teen show which showcases the feelings they have for each other and how they face their problems and explore themselves in the world within.

This relationship drama show is back after two successful seasons. The second season ended on a bad note where Ananya parts her ways with her husband after she learns that her husband spends a night with his ex-wife. This season will continue from the story left behind. So let’s hope for the best.

TV’s favorite boy Parth Samthan has really impressed us earlier with his work and now again with this upcoming show he’ll continue that love and fame. He recently released his first look from this show which was incredible.

This Kabir Khan show has already been a hit since its release on 24th January. The story is of all the men and women who take part in the War of Independence of India under INA led by Netaji Subhash Chandra Bose.

After a blockbuster season, this gangster drama show is back with its second season. The story of drugs, murder, crime, and revenge will continue in the second season too.

Be ready to witness all the famous Bollywood faces again with the second season of Breathe. This psychological thriller show was all about men facing some extraordinary challenges.

The first season of “The Family Man” left us on a cliffhanger. But now it got bigger and better as this time it’s going to be more different and extraordinary.

After a year-long wait, this show released its confirmation about season 2. Last season got left on an incomplete note and so now the story will continue from there and will show us more unpredictable drama.

Made in Heaven reflected the lives of upper-class modern families which was narrated through the eyes of two wedding planners in Delhi. The date is not confirmed yet but will soon release by the mid of this year.

Hostages ran successfully during its first season and now it will return with its second season too. With a completely hanging ending, the narrative will be completed in the coming episodes with a much intriguing story.