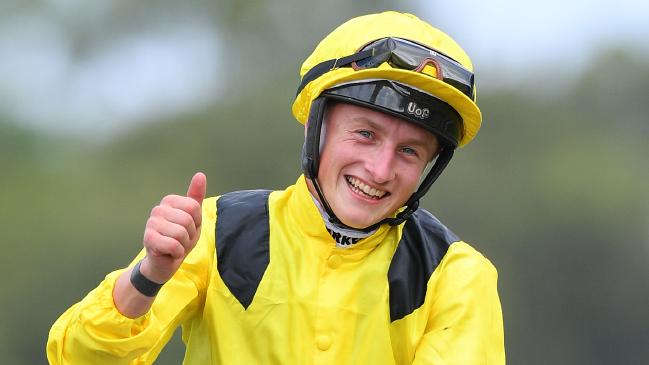 English riding sensation Tom Marquand doesn’t have a problem with self-isolation — he has no other choice.

Marquand, 21, returned to Sydney earlier this month and is living on his own in a rented apartment so he can ride through the autumn carnival including The Championships at Royal Randwick on April 4 and 11.

He rode his career-first Group 1 winner with Addeybb in the Ranvet Stakes last week and is chasing more big-race glory at Rosehill Gardens on Saturday with Group 1 rides on Southern France in the $1.5 million Kia Tancred Stakes (2400m) and Fascino in the $500,000 Vinery Stud Stakes (2000m).

Stream over 50 sports On-Demand with KAYO SPORTS on your TV, computer, mobile or tablet. Just $25/month, no lock-in contract. Get your 14-day free trial and start streaming instantly >

Tom Marquand is enjoying his time in Australia. Picture: AAPSource:AAP

But the worsening coronavirus pandemic is creating a lot of uncertainty around the world and could leave Marquand in limbo.

There is increasing speculation the NSW Government is moving closer to implementing a lockdown to try and slow the spread of the coronavirus. Whether the racing industry can continue to operate if a lockdown is enforced remains to be seen but Marquand is open to all scenarios.

“To be honest, if racing stops I try to go home, if racing carries on I will stay,’’ Marquand said. “I know everyone is hoping racing can keep going and I’d be happy to keep riding in Sydney. But if racing does stop, I will try to get home. There are still some flights to England but they are very limited.’’

Marquand conceded he is missing his family “moreso than normal” particularly as travel restrictions tighten around the world.

“I know back home they are in complete lockdown and are allowed out of home once a day for a walk or some exercise,’’ Marquand said.

“Obviously, you worry about your family and friends. It’s not as bad for me in Sydney as we are living a ‘semi-normal’ life for now, if you can all it that.’’

Marquand said Sydney jockeys are very aware of the need to abide by biosecurity measures and adopting self-isolations practices.

“It’s not really a problem for me to self-isolate,’’ Marquand said. “But these are difficult times for everyone.’’ 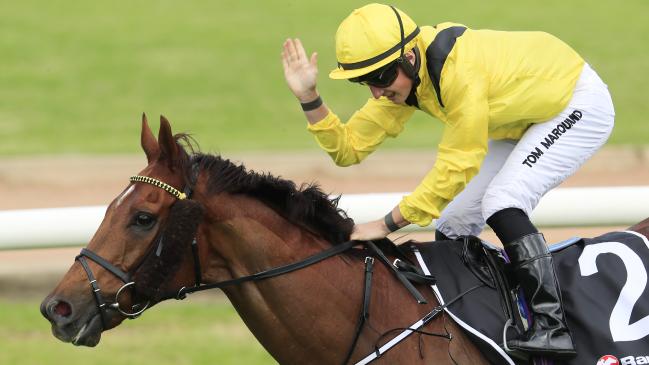 Marquand has been in brilliant form on the racetrack with a brace of wins at Rosehill last Saturday on English trainer William Haggas’s tough stayers Addeybb (Ranvet Stakes) and Young Rascal (Group 3 Manion Cup).

“It was an unreal day,’’ Marquand said. “For William (Haggas) to send both horses down was a long-term plan and a pretty gutsy one as not many English horses do it. To have them both right on the day after travelling all that way was a great effort by everyone involved.’’

Marquand rode another at Warwick Farm midweek but also incurred a riding suspension which has ruled him out of the Doncaster-Derby meeting at Royal Randwick on April 4.

But fortunately for Marquand, he can return to the saddle for Day Two of The Championships, April 11, where he is booked to partner Addeybb ($3.50 favourite) in the $4 million Queen Elizabeth Stakes (2000m) and Young Rascal ($2.80 favourite) in the $2 million Sydney Cup (3200m). Marquand has what he describes as “an extremely strong book of rides” in all nine races at Rosehill Gardens, including Southern France in the Tancred Stakes.

Southern France, prepared by Ciaron Maher and David Eustace, was formerly trained in Ireland by Aidan O’Breien where he won the Group 3 Irish Derby Trial and was a two-time Group 1 placegetter with thirds in the English St Leger and Irish St Leger.

Marquand was riding in England last year when Southern France was competing against Europe’s top stayers including Stradivarius, Master Of Reality and Kew Gardens.

“I didn’t have anything to do with the horse back home last year,’’ Marquand said. “But when you look at his form he is obviously a classy horse with a hell of a lot of stamina.’’ 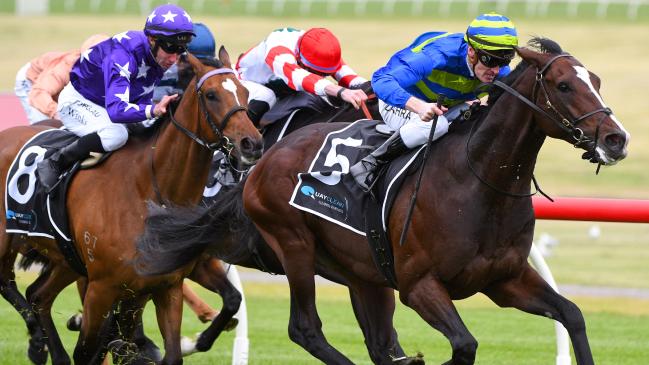 Southern France ran unplaced in the Melbourne Cup last spring but showed his quality next start when he ran away with the Group 2 Sandown Classic. At his only start since, he ran seventh to Fifty Star in the Australian Cup earlier this month.

In latest Tancred betting, Southern France is at $15 behind Verry Elleegant, the $2 favourite.,

Marquand also links with the Maher-Eustace stable with Fascino in the fillies Group 1 classic.

Fascino, a Group 2 winner last spring and a last start third to Rubisaki in the Group 2 Kewney Classic, is rated a $17 chance in a race where Funstar ($1.85 favourite) and Probabeel ($4.20) dominate the betting.

“I rode Fascino in a gallop the other day and she gave me a really nice feel,’’ Marquand said.

“She has a proven level of ability and toughness which gives me a confidence boost going into this race.’’

Originally published asEnglish hoop making the most of isolation from home