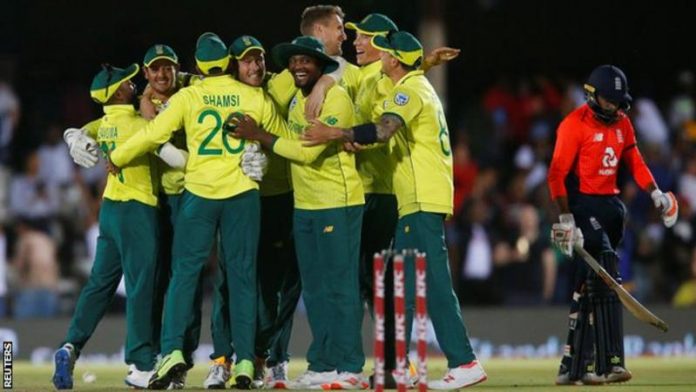 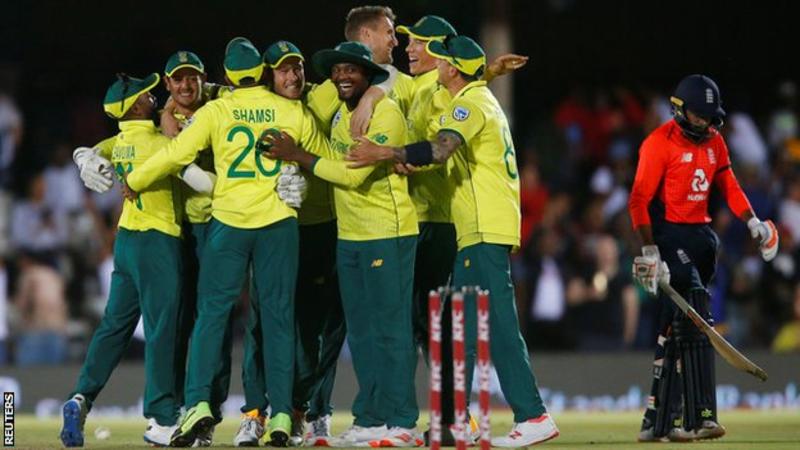 England threw away the opportunity to defeat South Africa in the first Twenty20 international, losing a dramatic contest by one run in East London.

The tourists needed three from the final delivery of the match, but Adil Rashid could only manage a single.

England were cantering to their target of 178 as Jason Roy plundered 70 from 38 balls, only for his dismissal to spark South Africa’s resurgence.

Even then, Eoin Morgan’s 52 meant England needed just seven from the final over, yet the brilliant Lungi Ngidi had Tom Curran caught at deep mid-wicket and bowled Moeen Ali.

Rashid was asked to be the hero from the only ball he faced, but an inside edge to mid-wicket meant he was run out coming back for a second run which would have forced a super over.

It was cruel on Rashid who, along with fellow spinner Moeen, earlier helped England recover from a dreadful start with the ball and in the field to limit South Africa to 177-8 on a superb batting pitch.

The second in the three-match series is in Durban on Friday.

This is the start of England’s road to the T20 World Cup in Australia in October and November and, unlike the experimental line-up used during the drawn one-day series, captain Morgan has promised his team will be at its strongest throughout these matches.

What Morgan saw was a side who began terribly, fought back admirably, gained complete control, then threw it all away.

After choosing to field first, the tourists were facing the prospect of an enormous chase as their pace bowlers were flayed, catches went down, the ground fielding was untidy and the sole review wasted.

South Africa reached 97-1 from nine overs, only for England to improve to take 7-80 in the final 11 overs and 4-8 in the last two, leaving the Proteas with a total that seemed no better than par.

When Roy was in full flow, the chase was set to be complete with time to spare, but he became the first in a string of batsmen to be complicit in their own downfall, coinciding with the excellent death bowling of Ngidi.

England first stalled, then panicked, allowing South Africa to steal a game they had almost no right to win.

Even as they were carried to the 50-over World Cup by a power-packed batting line-up last July, England were still capable of an aberration, and fell to this defeat in six overs of madness.

Roy had taken left-arm spinner JJ Smuts for 22 in a single over on the way to a 22-ball half-century, sharing stands of 72 with Jonny Bairstow and 42 with Morgan.

However, he helped an innocuous Beuran Hendricks slower ball to short fine leg, with Joe Denly and Ben Stokes holing out in the next three overs.

With 23 needed from 12 balls, Morgan took control. Hendricks was hit for 14 from three deliveries, only for the captain to hit the last ball of the 19th over straight to long-on.

England were still favourites, especially when Curran shovelled Ngidi for a couple to make the target five from five.

However, he targeted the leg-side fence needlessly and was caught, and Moeen swung, nudged and ultimately missed to be bowled, leaving Rashid a task he was not up to. 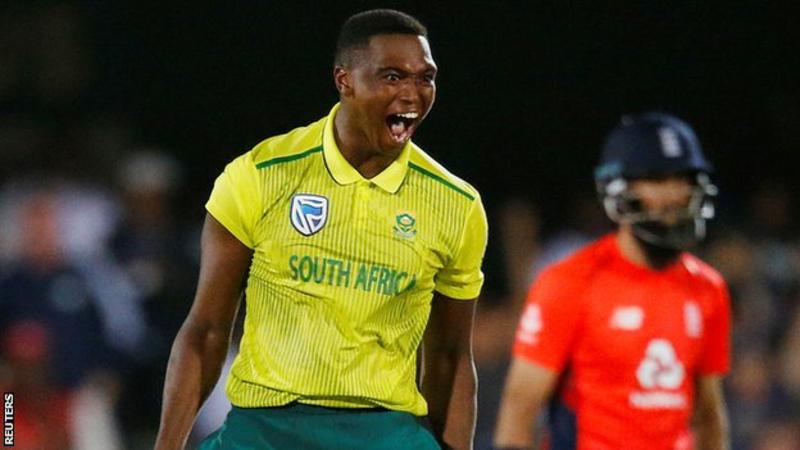 Moeen and Rashid prove their worth again

Though they would later come up short with the bat, off-spinner Moeen and leg-spinner Rashid – who this week each reiterated their unavailability to England’s Test side – once again proved how integral they are to Morgan’s white-ball teams.

Using variations of line, length and pace, they returned a combined 2-45 from their eight overs. Even then, the numbers only tell part of the story. Moeen bowled three of his overs in the powerplay, while Rashid was the unfortunate bowler when Roy and Denly each dropped catches.

While Moeen and Rashid were twirling away, pace bowlers Curran, Mark Wood and Chris Jordan were being flayed by Temba Bavuma’s 43, and each of Quinton de Kock and Rassie van der Dussen, who both made 31.

As usual, it took the arrival of Stokes to inspire England, with the talismanic all-rounder paving the way for Jordan and Wood to make impressive returns.

However, it would prove to be not enough. In a game decided by the tightest of margins, England were not only punished for their batting collapse, but also their slow start with the ball and in the field.

‘We have to improve’

England captain Eoin Morgan told the TMS podcast: “We have to improve how we played the end of the chase. At the halfway stage we talked about how South Africa batsmen coming in struggled to hit the ball. We’ll talk about that over the next 24 hours and hopefully get an answer and a clear mindset going into Durban.”

South Africa’s Lungi Ngidi, who took 3-30 in four overs: “I didn’t panic under pressure. One of their best batsmen was in and they seemed to be cruising the game. I was told my job was to take wickets and that’s all I wanted to do.”

South Africa captain Quinton de Kock: “It was very tight, but we knew that halfway through. We had to keep to our basics and we could end up winning. We knew this wicket gets slow and is tough to bat on in the last five overs. We’ll enjoy it tonight but the planning for the second game in the series starts tomorrow and we want to be ruthless.”