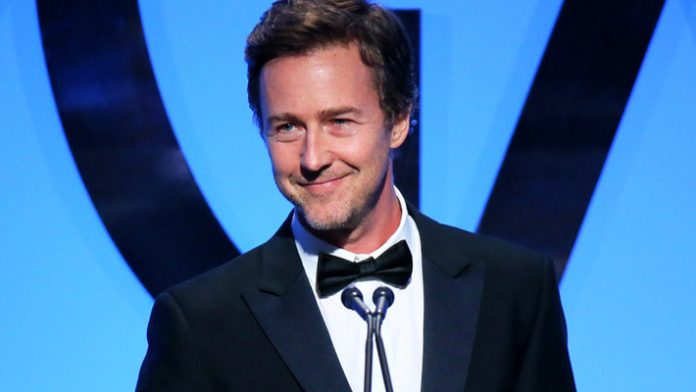 Last week, comic, actress, and activist Janeane Garofalo gave the crowd at Yahoo’s live interview show BUILD a juicy behind-the-scenes Hollywood story: That she was one of the original choices for the role of Marla Singer, the messed-up sorta-romantic-lead in David Fincher’s cult classic Fight Club, but that co-star Edward Norton shot that casting down. Now, Norton is claiming that never happened.

As noticed by IndieWire, the actor and director, hot off last year’s Motherless Brooklyn, told his side of the story to CNN. “I’m sorry Janeane is under that impression, but if she was serious, she’s really mistaken,” he said. He continued:

“[Director] David Fincher does exactly what he wants. He makes the call on every dimension of his films, top to bottom. I don’t recall him ever even raising the subject of who he was considering for most other roles. The one suggestion I made, he shot down. I was a big fan of Janeane’s so I’d have loved to do a reading with her.”

Previously, Garofalo had claimed that Fincher approached after the initial choice to play Marla, Reese Witherspoon, turned the role down, saying it was “too dark.” (Winona Ryder and Courtney Love were also considered.) Garofalo said she accepted the role, but that some time later her agent pointed out that the trades were suddenly reporting Helena Bonham Carter had been cast instead. When she called Fincher, she asked him if he was allowed to do that. He reportedly told her, “Apparently.”

Garofalo later learned, she alleged, that Norton “didn’t think that I had the chops for it,” though she admitted he “may or may not have been correct.” Now that Norton is denying her story, we may never know how close we came to a Fight Club in which our deranged anti-hero enjoys an on-again-off-again pseudo relationship with one of the stars of Mystery Men.

Previously Garofalo had also pointed out that she and Norton are neighbors out in New York City, and that whenever she sees him, “he pretends he doesn’t know who I am.” Norton told CNN that “if she sees me in the neighborhood I hope she’d come say hi.” So things just got even more awkward.

(Via CNN and IndieWire)