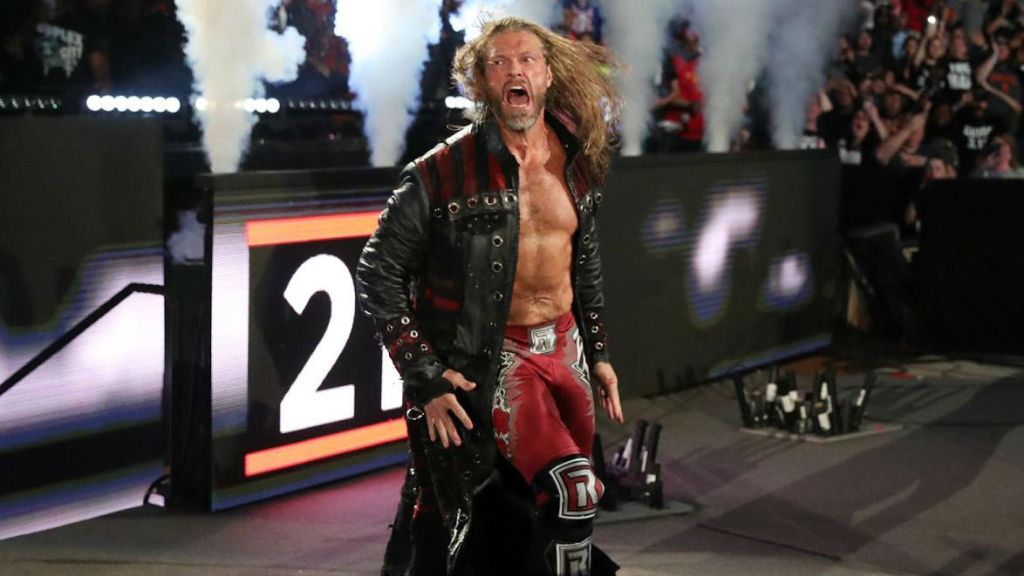 As first reported by WrestleZone, when Edge initially approached WWE about coming back to wrestling and the company turned him down. All Elite Wrestling made Edge an offer, and sometime after that Edge was told he could return to WWE if he was cleared by a WWE doctor. According to WrestleVotes, Edge has now signed a new, lucrative contract with WWE for three years.

Edge started training to come back to the ring, showed up to spear Elias at SummerSlam 2019, and had his first official match since 2011 on Sunday when he was one of the final four competitors remaining in the 2020 men’s Royal Rumble. The Rumble established a few possible directions this phase of Edge’s career could take; he teamed up and faced off with his former Rated RKO partner, Randy Orton, and had significant interactions with AJ Styles and Roman Reigns.

Do you think Edge heading to AEW would have been a better choice? What do you think he’ll end up doing at WrestleMania? Give us your take in the comments.