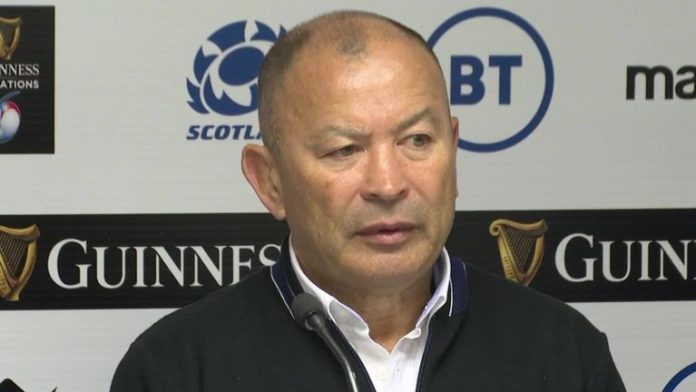 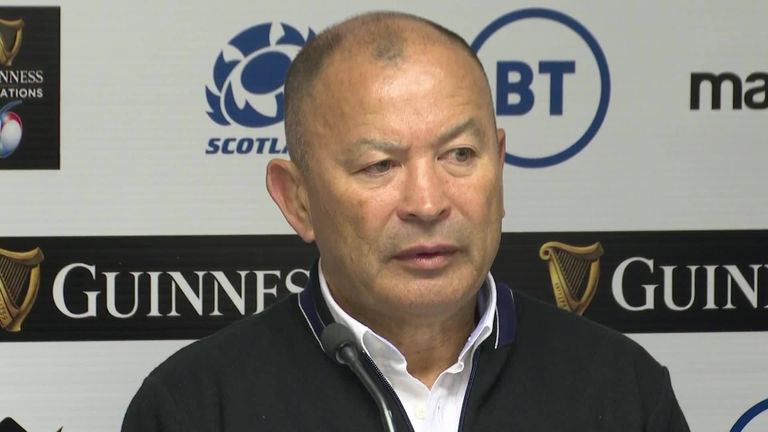 Eddie Jones criticised the hostile reception England received on arrival at Murrayfield after a member of his backroom staff was struck on the head by a plastic beer bottle.

England lifted the Calcutta Cup for the first time since 2017 after defeating Scotland 13-6 in appalling conditions, but Jones was unhappy with the behaviour of home supporters before and during the game.

Head of elite performance Neil Craig, Jones’ right-hand man, was hit by a bottle thrown off the gantry as players and staff entered the main building to jeering and obscene hand gestures. 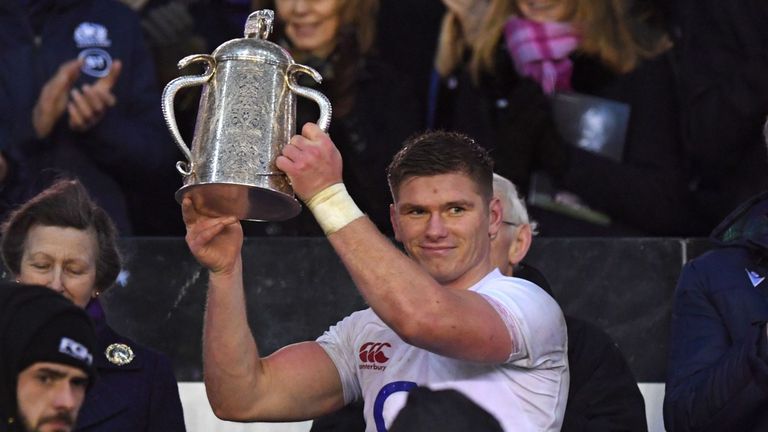 As a tense 138th meeting between the old rivals unfolded in treacherous swirling wind and rain, Owen Farrell was subjected to repeated booing while taking kicks at goal.

Jones had braced England for a “niggly” fixture in Edinburgh and the head coach was not disappointed at the end of a week in which aggressive language was exchanged between players.

“We weren’t expecting beer bottles to be thrown at us, so that’s a pretty good trick,” said Jones.

“That’s a pretty good achievement isn’t it, throwing beer bottles, You have to be pretty brave to throw a beer bottle. Neil has a hard head, I know that, and there is not much inside it!

“It (an official complaint) isn’t going to do anything. Everyone knows about it so someone can do something about it.”

Addressing the jeering that greeted Farrell at the kicking tee, Jones said: “It’s not good behaviour.

“Rugby did have a culture of being respectful and having respect for the kicker – having silence when the kicker kicked. 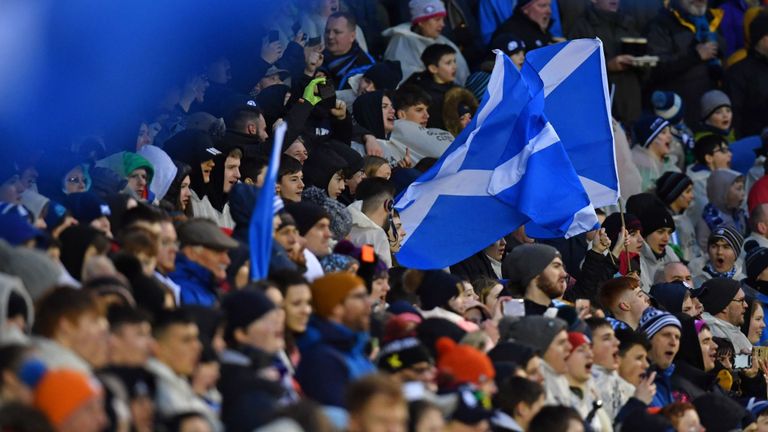 “So if we don’t want to have that, there is a new level of respect in Scotland we have got to put up with it.

“If that’s how the Scottish fans are going to be respectful we have to acknowledge it and just get on with it.”

An SRU spokesperson said: “An empty, plastic bottle landed near the team bus as England arrived. All the England players had already entered the stadium at that point.

“The matter was raised with the England team manager pre-match by a member of Scottish Rugby staff and an apology extended. There is no evidence the bottle was thrown or intended to hit any individual.”

Scotland head coach Gregor Townsend stopped short of a issuing a full condemnation of the booing of the kicker, which is considered in the game to be bad sportsmanship. 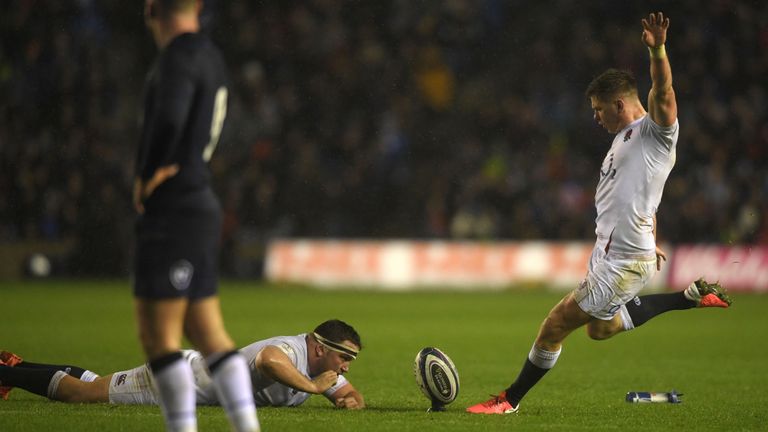 “At a lot of venues around the world, the crowd will make noise,” Townsend said.

“Speaking on behalf of Scottish Rugby we certainly stress that respecting the kicker is something we believe in.

“But it’s no different I’d imagine to what happened to England at the Stade de France last week.”

Farrell swatted aside the noise as he took his kicks, stating: “It shouldn’t affect me. I will stick to my process which hopefully I do more than not.”