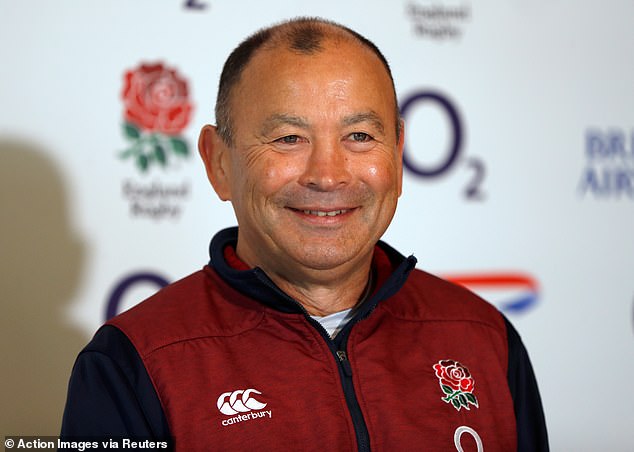 ‘If you didn’t want it you don’t do this job’: Eddie Jones insists he can handle abuse as England aim to ignite Six Nations campaign in Scotland

Eddie Jones says he is ready to take any abuse that comes his way at Murrayfield as England plot to reignite their Six Nations title bid.

Three Scotland fans were found guilty of public order offences for harassing Jones on his train journey back from the Calcutta Cup clash two years ago.

Jones plans to return south on the team flight this time around… but the England coach says the vitriol is a regular occurrence.

The Australian has made five changes to the starting XV that lost to France last weekend and hopes to silence any sledgers with a return to winning ways.

‘It was a tiny incident (two years ago),’ said Jones. ‘It wasn’t of any significance. That happens every day.

‘What do you reckon happens when I walk down the street? Some people say nice things, some people are into you.

‘It happens every day. If you didn’t want it you don’t do this job.’

Jones was widely booed at the Stade de France before his side slipped to a 24-0 deficit.

He blamed the slow start on England’s light preparations in Portugal, but claims his team will benefit in the latter rounds of the competition.

‘Against France, for some reason we just weren’t on the button early,’ said Jones. ‘We’re not happy with how we played in the first 40 minutes and this is a new game and we have a great chance to play well.

‘I think I’ve already said that I under-prepared the team for the game so it took us some time to get into it.

‘We under-prepared for the game and I take full responsibility for that. But there’s a reason for that and my view is that we’ll see the reason at the end of the competition — that we’ll be full of running.

‘Consistency is a challenge for every team. Sometimes the circumstances make it difficult to find your best and we found that last week.

‘We’re always trying to learn and find ways to get better, we had a good lesson last week. Sometimes these things need to be learned.’ 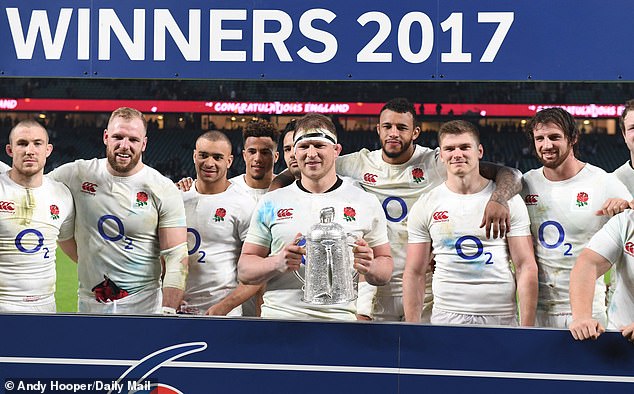 England are favourites to lift the Calcutta Cup, despite not having beaten Scotland since 2017. And Jones revealed that the squad have looked back at the recent history of results as motivation.

‘What I do find with young players these days is that history is not as important to them because they don’t relate to those days,’ said Jones.

‘We haven’t gone back into the countries’ history — just the recent history of what’s happened in the games.

‘The historical evidence of how Scotland perform at Murrayfield compared to anywhere else.

‘England have been so up and down over the last four years against Scotland.

‘We had the tight win up there in the first year, second year we scored a lot of points, third year we played poorly, fourth year it was like Twenty20 cricket at half-time and we let them back in the game — then they had a remarkable last 10 minutes to draw. 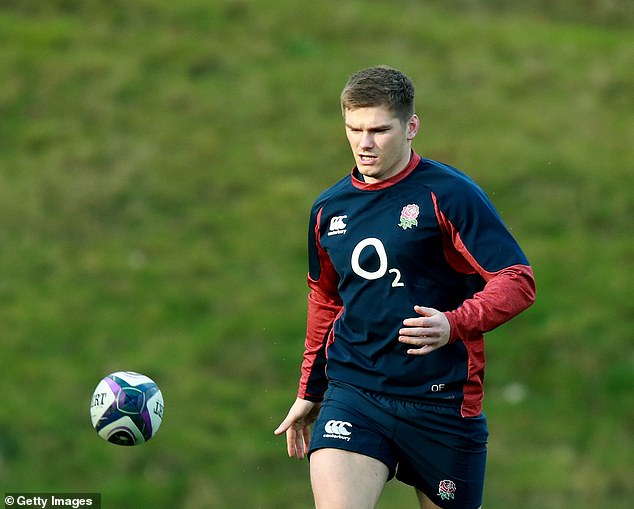 ‘We are disappointed from last weekend — rather than two years ago,’ said Farrell. ‘Training has stepped up. We’ve been at it.

‘Sometimes when you lose a game it allows you to look at your stuff that bit more. We want to be better than last week, improve on last week and push forwards.’