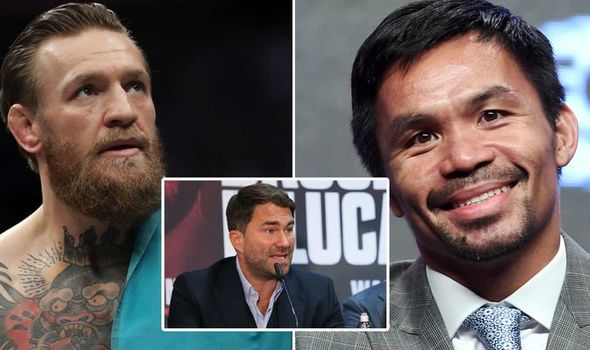 Conor McGregor and Manny Pacquiao should not fight each other, according to boxing promoter Eddie Hearn. The Matchroom chief would rather do business with Pacquiao and find him another opponent for a potential fight in Saudi Arabia.

Hearn made his first foray into doing fights in Saudi when Anthony Joshua clashed with Andy Ruiz Jr there in December.

Hearn has repeatedly said that he wants to promote more fights in Saudi – with Pacquiao, who isn’t under his promotional stable, at the forefront of fighters who would likely fight there.

And although Hearn is planning for the Filipino to fight there in the summer, he doesn’t want it to be against McGregor.

“I’ve had a number of conversations with Audie Attar [Pacquiao and McGregor’s manager],” he told ESPN.

“And we definitely would like to make a play for Manny Pacquiao to fight on DAZN next in Saudi Arabia.

“We’ve got a relationship with Skills Challenge Entertainment who staged the AJ Ruiz fight with us and the next one we want to do is in July.

“Pacquiao is a fighter that they would love in Saudi.

“As far as I’m concerned, I want to do a deal with Audie, we’ve had some good conversations.

“As far as MMA is concerned, it’s not my business or my market right now.

“We want to make Pacquiao against a top welterweight. 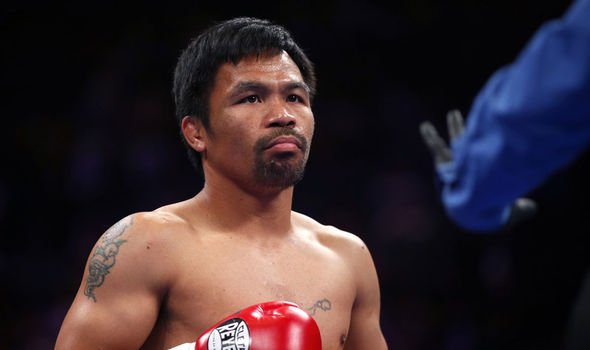 “Mikey Garcia fights Jessie Vargas this weekend and Garcia has made it clear he wants the Pacquiao fight.

“That’s a great fight but Jessie Vargas has other thoughts.

“I don’t like Pacquiao vs McGregor. I don’t see the narrative or the synergy in that fight.

“Floyd Mayweather vs McGregor I understood, they’re two great self-promoters and they gelled together so well and it was a mega-event.

“I don’t see that same synergy with Pacquiao and McGregor. It just wouldn’t work and for me the focus for Manny is trying to sign him to Matchroom and DAZN.”