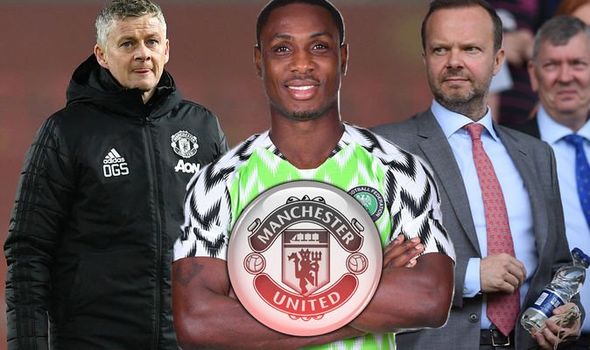 Manchester United signing Odion Ighalo could spell big trouble for manager Ole Gunnar Solskjaer at Old Trafford, according to Paul Merson. Ighalo will spend the rest of the season on loan with United.

PSG’s Edinson Cavani and Lyon’s Moussa Dembele were heavily-linked with the move after top target Erling Braut Haaland opted for Borussia Dortmund but in the end, Ighalo was the man United went for.

Bournemouth’s Josh King was another deadline day target of United’s, but the Cherries failed to find a replacement so they hung on to him, with United instead signing Ighalo in the final hours of the window.

The Red Devils hope the Nigerian can come in and do a steady job alongside Marcus Rashford, who is yet to return from a back injury, until the end of the season.

But if Ighalo flops at United, Merson believes that could be the end of Solskjaer’s and executive vice-chairman Ed Woodward’s time at the club.

“Odion Ighalo could be the final straw at Manchester United,” Merson wrote in his column or the Daily Star.

“If that signing is a disaster then Ed Woodward and Ole Gunnar Solskjaer are in big trouble.

“Don’t get me wrong. He could rediscover the form he once he had at Watford and be a huge success. But he could be the biggest laughing stock the Premier League has ever seen.

“Only time will tell.

“But remember, the last time he was here he only scored once in 18 games before Watford sold him and he’ll have gotten lazy playing in China.

“I’ve heard people compare it with Henrik Larsson because nobody expected him to still be any good when United signed him either. 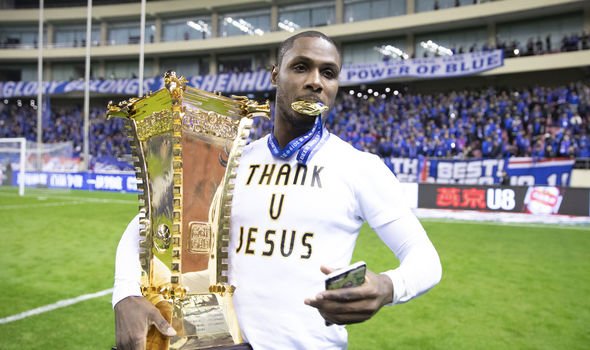 “But Larsson had been world class.

“He had scored goals in major tournaments and won big trophies.

“And he still had his finishing and his movement.

“Ighalo doesn’t have any of that on his CV and he’s coming into a struggling team. The biggest one he’s ever played for.

“It’s a big ask, and if it all goes horribly wrong it will just pile more pressure on the manager because you’re always judged on your signings as well as your results.”

Ighalo, however, is delighted with the move – as he explained he can’t wait to get playing with some of United’s attacking players.

“These players are great players,” he told MUTV.

“Martial is very skilful, he can do so much magic with the ball. Rashford I think is, for me, one of the best, if not the best, young players in Europe right now.

“Unfortunately, he is injured now and hopefully I am looking forward to playing with him, because he is a good player.

“So, for me, it is just a plus to the team, to work hard with these guys and make sure we end the season very well.”