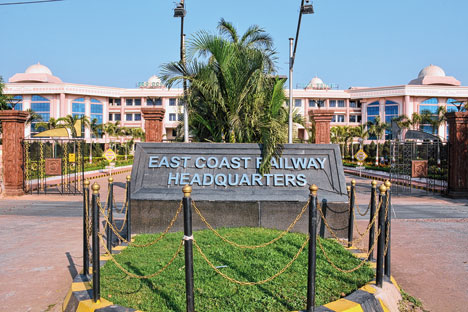 Bhubaneswar:  East Coast Railway (ECoR) is leveraging the high freight load to become one of the most profitable zones in the country. According to sources, the zone has seen an increase of 10 percent in the earnings compared to last year by making more than Rs 12,000 crore.

Talking to officials, many believe the high freight load from coal mining areas plays a significant role in contributing towards profits. According to reports, ECoR has seen four percent more freight load in current fiscal compared to last year.

“We are one of the most well managed zones. Our operating ratio is 60 per cent which is one of the best among all the zones. We have around 50 rakes/freight wagons which transport coal from Talcher and other mining areas daily and helps in making profit, ”said an ECoR official.

ECoR has set an ambitious target of loading over 200 million tonne (MT) of freight this fiscal year. If achieved it will make the railway zone first in the country to reach 200 MT in freight loading. “The achievement will be significant because high freight loading is one of the few ways the railways can continue to make money,” said the official.