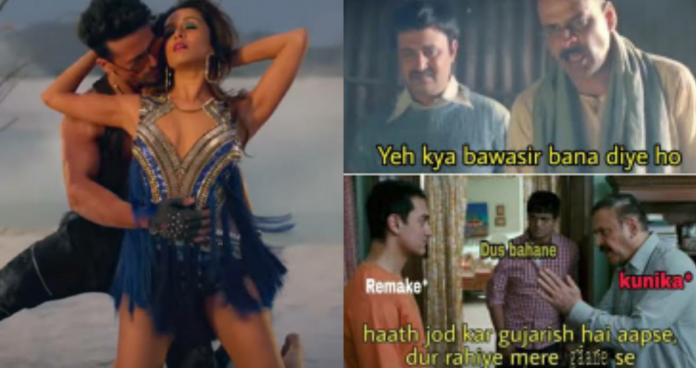 It was just a few months ago when Vishal Dadlani of the famous music duo ‘Vishal-Shekhar’ had taken to his Twitter and slammed other music directors for remixing and recreating their songs without their permission. In their Tweet, Vishal criticized composers who remix old songs and then take away the credit. He wrote:

Warning: I WILL sue anyone making remixes of Vishal & Shekhar songs. I’ll even move court against the films & musicians.

Make your own songs, vultures!

However, this time they turned the tables and saved their own baby — the popular song Dus Bahane. Well, the music composers of ‘Baaghi 3’ had already been remixed in a way that didn’t go down well with Vishal-Shekhar. The song was already shot and the composers have no choice other than rescuing the song as far as possible.

The new version of the song, starring Tiger Shroff and Shraddha Kapoor, was released on Wednesday and it has failed to receive the love that was received by the original song from the movie Dus.

Here, check out the hilarious memes on the remake version of the song:

Not a single person involved in the making of this song realised that Tiger Shroff is showing 5 fingers for a song called #DusBahane? ???? pic.twitter.com/i1TNgSdu8w

Having to hear re-created songs is such a pain! #DusBahane pic.twitter.com/x51Pudwp01