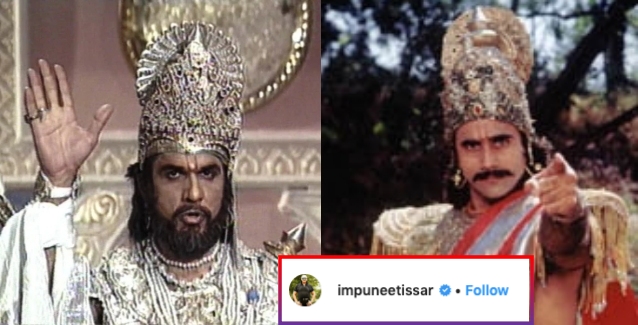 Ace actor Mukesh Khanna , who has done many pivotal roles in tele -series and movies too , is at a back step now a days. Recently , in one of the interview , he commented about actor Sonakshi Sinha and post that ,he was criticized by her father actor Shatrughan Sinha .

Mukesh had said in a recent interview that the reruns of epics Mahabharata and Ramayana would help the new generation and people like Sonakshi. She had appeared on an episode on Kaun Banega Crorepati last year ,where she failed to answer a question related to Ramayana. Sonakshi’s father and actor Shatrughan Sinha responded to Mukesh’s comments and asked : ‘who has appointed him the guardian of the Hindu religion?’

This time, it’s actor Puneet Issar , who slammed Khanna for his statement . In an interview , he quoted : “Khanna shouldn’t have said that. Sonakshi is an AVM student, my kids too went there. If she didn’t know one question of Ramayan in KBC, the world doesn’t end there. Why should one condemn someone so openly? At least I wouldn’t have said what Khanna has said,” he said. “As you age, you should be graceful. Phal lagte hain toh pedh jhuk jaana chahiye (A fruit-bearing tree should bow down),” he added.

Puneet played Kaurav prince Duryodhan while Mukesh played Bhishma in the 1980’s show Mahabharata . Khanna also talked about the director -producer Ekta Kapoor .He said : “This is my personal opinion. I don’t want to speak against him. But think of it, he again sparked off another controversy by speaking against Ekta. Nobody has a copyright over Mahabharat, sabko haque hai usko banane ka. Even Sajid Nadiadwala’s grandfather had made a film on Mahabharat and it was a super hit film. Dara Singh was the hero and it was from Bhisham Pita’s perspective,” .

He spoke against Ekta and also blamed her that she is making a modern Mahabharata . He said: “The new version of Shaktimaan cannot be the way Ekta Kapoor made Mahabharata (in 2008) by putting a tattoo on Draupadi’s shoulder. She had said that she was making Mahabharata for modern people. ‘Sanskriti kabhi modern nahi ho sakti, putri. Jis din Sanskriti ko modern karoge, khatam ho jayegi’ (Culture can never be modern, The day you try to make culture modern, the culture will be over),”