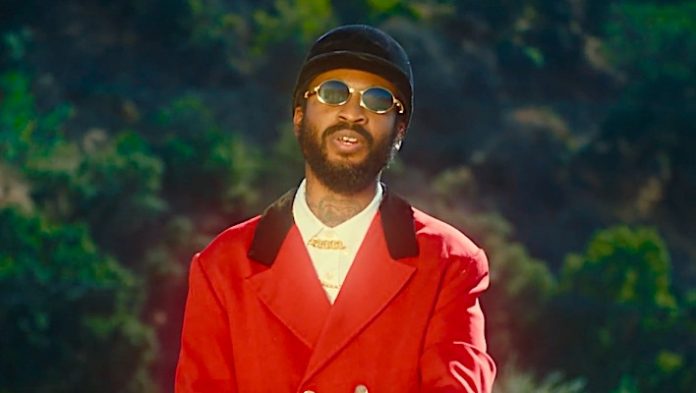 Rap success stories always glamorize the rags-to-riches narrative of their stars’ rise to fame, but at J. Cole’s Dreamville Records, blowing up is the product of hard work and plenty of under-the-radar hustle. Charlotte native Lute embodies the hard-working ethos of the label as well as anybody. He was one of the earliest signees to release his debut album under Dreamville, but he’s been grinding behind-the-scenes for the last two years, working on making sure his next one would be his best one.

It looks like that patience is about to pay some serious dividends, especially if the wish fulfillment fantasy of Lute’s new “GED (Gettin Every Dolla)” video comes to pass. Like a lot of rap videos, Lute’s new clip luxuriates in ostentatious displays of wealth, but unlike many of those, Lute keeps it classy. The video opens at an equestrian club, where Lute, bedecked in regal rider wear (if rider helmets become a thing, blame this video), sits astride a white horse while the — ahem — white establishment members gawk in astonishment. In further scenes, his chess acumen prompts tears from his well-heeled opponent, Lute gifts his friends stacks of cash at a graduation, and the rapper hangs out in a citrus grove with a gold-plated lowrider bicycle.

Press play on Lute’s “GED” video above. For more Lute, check out Dreamville’s Revenge Of The Dreamers III video for “Under The Sun.”