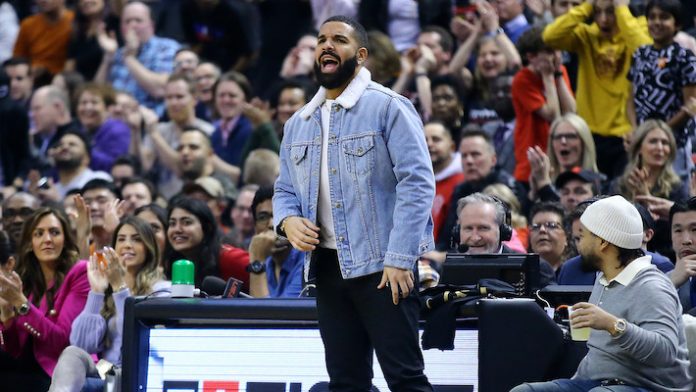 Drake’s 2018 album, Scorpion was a successful one when considering both the album as a whole and the performance of its individual songs on the charts. Scorpion topped the charts in its first week with a total of 732,000 sales while many of its songs lived on the Billboard singles charts for multiple weeks. Despite this, one of the major criticisms of the album was its length. At 25 songs, Drake’s fifth album was an overwhelming effort and as he continues work on his upcoming sixth album, he’s assured fans and critics alike that his next work will be a much shorter effort.

During Friday night’s Toronto Raptors’ game against the Phoenix Suns, Drake, who is usually courtside at Raptors home games, spoke with the in-game announcers from the Toronto Sports Network about his upcoming album.

“Last album, I went high volume. I did two sides. It was like 20-something songs, which is a lot of songs,” Drake said. “This album I’ll probably make it more of a realistic offering. Something more concise. It could be 10, 11 songs – 16.”

Drake says he’s having fun making new music and his new album will be more realistic with the amount of songs vs. Scorpion that had 25 songs. pic.twitter.com/WCzJrYWKoi

Drake also cited that he set a “target goal” for himself on Scorpion simply to “keep it interesting.” When talking about Scorpion in his Rap Radar interview back in December, he explained the goal was to create a high-volume album that also saw a high volume of well-received songs, similar to Notorious B.I.G.’s Life After Death.