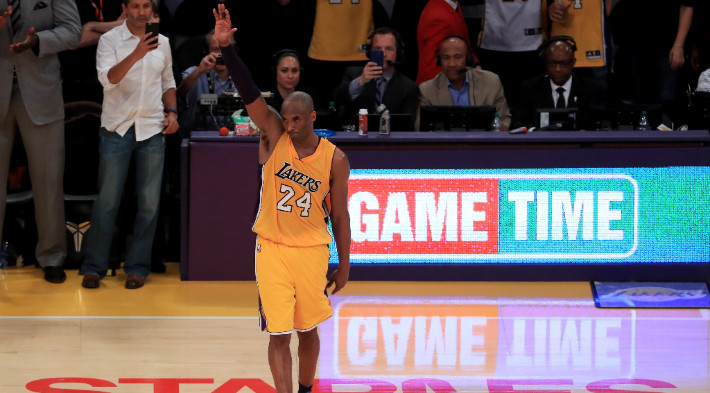 Tributes have poured in from all over the place in the aftermath of Kobe Bryant’s sudden passing. Bryant and his daughter, Gianna, were among several who died in a helicopter crash on Sunday morning in California, and as a result, those who consider themselves Kobe fans have looked for ways to honor the memory of a guy who will assuredly get inducted into the National Basketball Hall of Fame later this year.

Plenty of folks have wondered what the best way is for the NBA to celebrate Bryant now that he’s no longer with us. Games are, for now, happening on Sunday, and even there, we’ve seen moments of silence and a pair of teams riding out the 24-second shot clocks for the former league MVP.

If Donovan Mitchell and Tristan Thompson have their way, the league will do something major to celebrate Bryant’s impact on the game. Mitchell wants the NBA to take a page out of what Major League Baseball did with Jackie Robinson’s No. 42 and retire the number 24 league-wide, while Thompson wants both of Bryant’s numbers, 8 and 24, to go into the rafters.

ALL NBA teams should retire the numbers 8 AND 24

Time will tell if this ends up happening, but we will certainly see tributes continue to pour in from all over the place, and there’s no doubt the league will come up with numerous ways to celebrate Bryant’s basketball career in the coming days (we here at Dime are fans of an idea proposed by Chris Mannix of Sports Illustrated to have teams wear 8 and 24 at the All-Star Game).