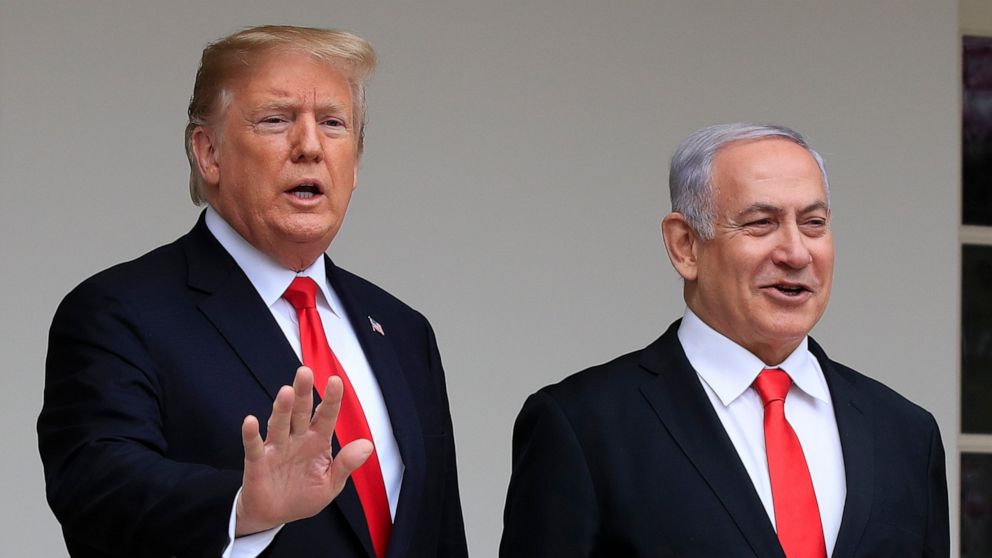 “My vision presents a realistic two-state solution,” Trump said and proposed a Palestinian capital in east Jerusalem. Describing the plan as deal of the century, Trump said, ‘this could be the last opportunity they (Palestinians) will ever have’. “Palestinians deserve a far better life,” Trump asserted

Given that the peace plan has been emphatically rejected by the Palestinians, the latest of many US proposals to address the bitter, multi-generational Middle East conflict might seem to have little future.

In Gaza, thousands protested, burning pictures of Trump and the American flag. In a rare event, rival Palestinian factions Hamas and Fatah were set to meet in the West Bank city of Ramallah to discuss a response.

Russia, a growing force in Mideast politics, sounded skeptical, with Foreign Minister Sergei Lavrov saying that initial indications reflected ‘an approach that is totally different from what has been recognised by the international community’.

Netanyahu’s office meanwhile said he would travel Wednesday to Moscow to present the plan in person to President Vladimir Putin.

Trump insisted he is optimistic and whatever happens, both he and Netanyahu could reap political benefits as they battle respective domestic scandals.