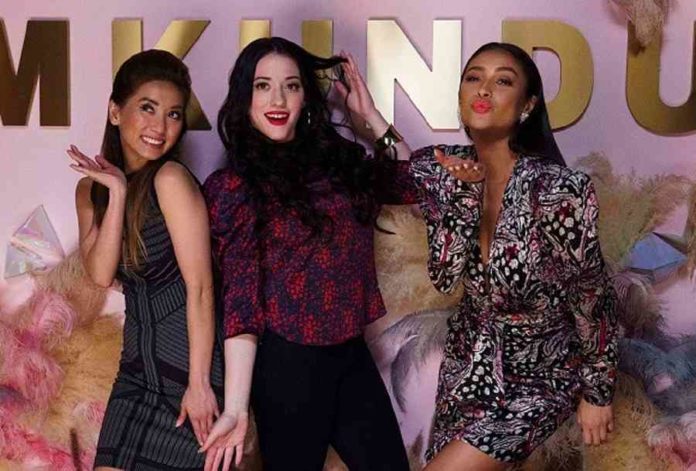 The Hulu comedy series, Dollface has just been granted a second season. Although the show is quite underrated it did well amongst the women of all ages, as it covers all aspects of a female bond and friendships where the protagonist finds herself reuniting with her friends after being dumped by her boyfriend. The show is about her emotional and physical rediscovery by finding more intimate relationships and friendships. The period 1 of Dollface premiered on 15 November 2019 on Hulu with a total of 10 episodes.

The show starts with Jeremy (Jule’s boyfriend) dumping Jules and asks her to get back to her female friends. She bonds with Stella and Madison over a party, and end up getting into a slight disagreement. Madison and Jules later come together when they go off searching for Stella who disappeared from the party and ended up in a restaurant with Dave Coulier. Izzy later helps Jules move out of Jeremy’s apartment and let her stay in her extra apartment. Jules later gets into a challenging situation at Madison’s launch party, which Stella didn’t show up to. Jules after being called boring decides to prove Stella wrong as they go out drinking with Stella’s mother and somehow end up in a boat in Alaska. At the same time, Stella wants to go to a Business school.

Jules got into some more uninvited trouble when she plans to host Ramona’s bachelorette party, where Madison, Stella, and Izzy show up unaware of the party, to have dinner with Colin (Madison’s Boyfriend). But everything turns into a disaster as the bride burns her face with a curling iron, Jules’ cat turtle vomits after eating penis-shaped confections. Jules and Wes (the veterinarian) hit it off at the party.  Later in the story, the ladies show up for Jules who gets arrested on looting a museum and is soon released. The three women later get into a fight, with Madison lashing out on Jules for confronting her about Colin. The show ended up with a crazy ending, with Madison exposing Colin for cheating on his wife, and the four friends stealing Ramona’s wedding Car to drive back to Los Angeles. It would be interesting to see how the show pans out in Season 2.

Although the show was supposed to air by November 2020, it is further delayed due to the ongoing pandemic. So the show would be pushed till 2021. Dollface Season 2 is scheduled to release in January 2021. Like Dollface Season 1, Season is expected to consist of ten episodes.

Hulu claimed that Dollface turned out to be its best performing new binge series for subscriber entertainment, which denoted the probability of the show to be renewed.

The showrunner Jordan Weiss stated that the show has a lot of air to breathe, and has the potential to tell more stories and undergo much drastic character development. There is a chance that the second season would have more issues that women undergo on a daily basis. And more adventures awaiting the four best friends.