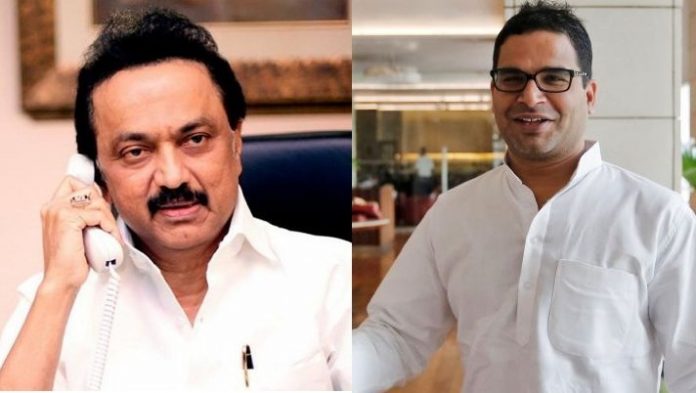 M. K. Stalin, President of the Dravida Munnetra Kazhagam (DMK), confirmed on Sunday that Prashant Kishor, who was expelled from JDU recently by Nitish Kumar, is indeed working for the party ahead of the 2021 Assembly Elections in Tamil Nadu. It was earlier reported that DMK was in talks with Kishor when he was working for Mamata Banerjee in West Bengal.

Happy to share that many bright & like-minded young professionals of Tamil Nadu are joining us under the banner of @IndianPAC to work with us on our 2021 election and help shape our plans to restore TN to its former glory!

Indian PAC or I-PAC is the political consultancy firm headed by Prashant Kishor. Interestingly enough, for all the normative anti-Hindi and anti-Brahmin sentiments that dominate Dravidianist politics in Tamil Nadu, the DMK has chosen to hire a North Indian Brahmin for the job. Dravidianist politics (Lemurianism as it is called in internet circles) employs rhetoric that is extremely disparaging towards North Indians and Brahmins more specifically.

“It will be interesting how leaders and cadres in DMK would react if the party engages the Bihari Brahmin Kishor. The DMK is certainly not a pro-Brahmin. With DMK’s anti-Hindi stance, it will be interesting to see a person from the Hindi land charting its political strategy,” political analyst Raveendhran Dhuraiswamy had told IANS as far back as in November 2019.

Read- Prashant Kishor: Here is why this one man has India’s political class enslaved

In Dravidianist circles, Brahmins are labeled as “Aryan colonialists” and very often assaulted. The central theme of Dravidianism, in their eyes, was atheism and Dravidian culture was the backbone of the entire movement. There is also Nazi-like anti-Brahmin propaganda that is rife in Dravidianist circles. The seriousness of the matter can be gauged by the fact that anti-Brahmin literature has also been produced by the founder of the DMK and former CM of Tamil Nadu, C.N. Annadurai.

DMK’s changing course has been apparent in recent times. For instance, after superstar Rajnikanth said that Periyar had denigrated Shri Rama and Sita Mata, instead of lionizing Periyar’s actions, Stalin had urged Rajnikanth to think and speak.