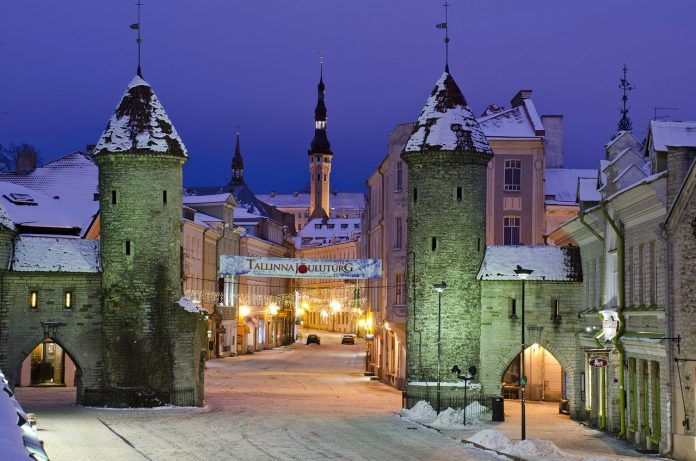 Clifton Collins is a 49-year-old from Dublin, Ireland, who has been having a rough time lately. He just lost his entire fortune worth $59 million.

Don’t feel too bad for him, though. He amassed his wealth through less-than-legal means. Collins harvested cannabis for 12 years in rented houses and wholesaled it to drug dealers. In 2011 through 2012 he purchased 6,000 bitcoins, paying around $5 each. As bitcoin skyrocketed toward $10,000, he watched his fortune multiply. A few years ago, he became nervous about having all his money in one account, so he distribute the bitcoins into 12 new accounts. He wrote the access codes for these 12 crypto-wallets on a scrap of paper that he hid it a fishing rod case at home.

After that, everything went south.

The cops caught up with him in 2017, arrested him and seized his 12 crypto-wallets. Next, his house was burgled, then it was reclaimed by his landlord who sent his remaining possessions to the dump. It doesn’t end there. Waste from this particular dump is exported to Germany and China for incineration. His fishing rod case, and the written codes, probably went up in flames. Without the access codes there’s no way to ever recover the money from his twelve digital wallets. Sigh! The digital world does come with its very unique problems.

On the other hand, the digital era also brings with it unique new possibilities. For instance, if the world had Estonia’s digital government services, the current social distancing issues as applied to voting, taxes, document signing, bank accounts, schooling, and 99% of all government services would look very different. Estonia is ranked #1 in the world by Digital Life Abroad, which polled expats on the availability of government online services, the ease of getting a local mobile number, the availability of high-speed internet at home, cashless payments and open access to the internet. (Although the UN World e-Government rating, last conducted in 2018, ranks Estonia much lower, the Digital Life Abroad may be a more realistic survey.)

E-government is hardly a new idea. Today, just about every government in the world has a digital strategy. However, very few are closing the divide between the digital haves and have-nots. How has Estonia done it?

Necessity is the mother of invention

The success of digital government for this tiny Baltic state with a population of 1.3 million is rooted in its Soviet heritage. Estonia was a poor country when it gained its independence from the Soviet Union in 1991, but it had one major asset – its highly skilled IT workforce. All the technology for the Soviet satellite Sputnik had come from Tallinn.

However, recognition for turning this raw material into an astonishing digital success story goes to Estonia’s early leaders. They realized that the one area in the world where a level playing field existed was information technology, and took on a digital-first approach for their new country. By 2000, every school in the country was connected to the internet. By 2002, Estonia had launched a national digital ID system.

Estonia’s digital success is not limited to innovative government. Three Estonians – Ahti Heinla, Priit Kasesalu, and Jaan Tallinn — developed the software for Skype, which was founded in 2003 and sold to eBay in 2005 (and eventually to Microsoft). However, Estonia’s historical context alone cannot explain its meteoric rise to the title of “Silicon Valley of digital government.” There are three strategic pillars upon which Estonia’s success rests. They provide the lessons that both government and corporate leaders can take away.

Set future-oriented goals: Mart Laar, former prime minister once said: “I was 32, I was young and crazy, so I didn’t know what was possible and what’s not, so I did impossible things.” Former President Toomas Hendrik Ilves recently talked about the many challenges he faced among people who saw the digital strategy as anglicizing Estonian culture and how developing digital literacy would be an issue. Neither leader backed down. Visionary outcomes don’t happen without visionary goals.

Digitalization is everyone’s job: After creating a basic foundational platform, the Estonian government decentralized the actual implementation of digital services. An ecosystem of ministries, private companies and other informal networks together can do more than the best funded project group in the world.

Embrace experimentation: Asking users for their input on designing solutions and experimenting on solutions is often associated with Silicon Valley culture, not large government or corporate behavior. However, this is precisely what Estonia did. It’s not without underlying risks, as Estonia found in 2017 when they discovered their mandatory ID cards were vulnerable to cyber-crime. However, they dealt with these issues swiftly and openly.

To be clear, the Estonian digital transformation model is not a direct template for universal application. It is, however, an excellent case study on setting a bold vision for creating strong ecosystems and an agile culture. This small nation has demonstrated over three decades how strong top-down guidance and bottom-up execution is a winning formula. Every organization can embrace digital efficiency while maintaining its cultural uniqueness..

Despite their digital evolution, the Estonians still give the Finns a run for their money in the Wife Carrying Competition. Yes, that is indeed a thing…with rules ranging from “the track length must be 253.5 meters” and “all participants must enjoy themselves”. Google it.