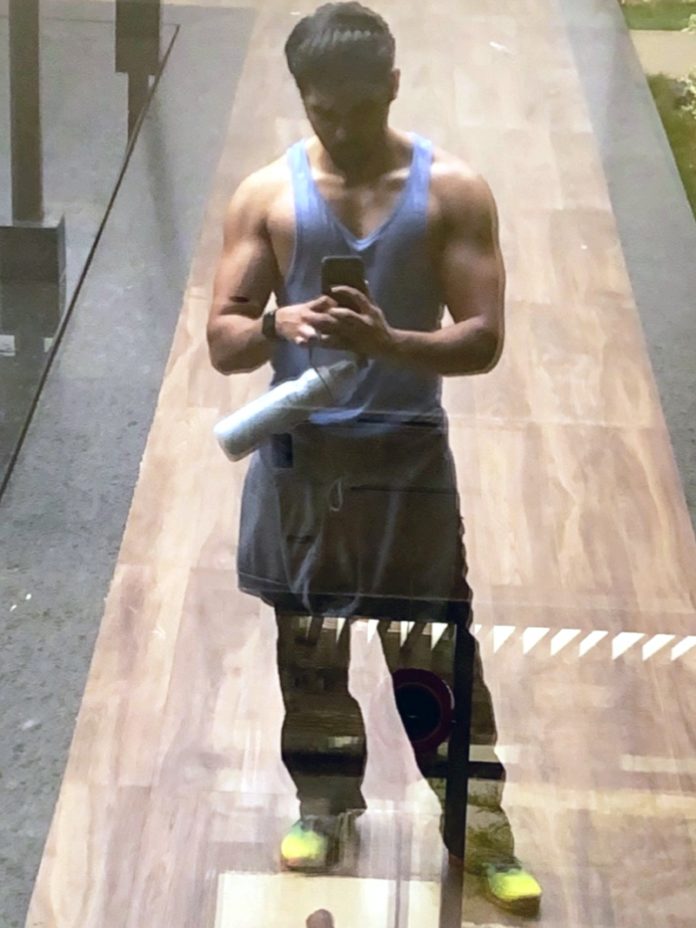 Chiyaan Vikram is known for his rigorous commitments when it comes to his movies, he has transformed himself to an old man from a body builder for the movie I, such is his dedication. Looks like his son Dhurv Vikram is following his father’s steps and has transformed himself into a body builder for his next movie with his father. Dhruv is said to be playing a tough gangster in ‘Chiyaan 60’ and there have also been a few reports that Vikram is in fact playing the antagonist for his son and the screenplay has been written in a never before style.

There was great curiosity regarding his next film which has already been announced as ‘Chiyaan 60’ directed by Karthik Subbaraj in which he shares screen space with his dad Chiyaan Vikram. Dhruv has shared his latest photo which shows that he has beefed up to a great extent and looks super macho almost similar to a boxer. Its truly an amazing transformation from a college kid to a toughie and the hard work reminds one of none other than dad Vikram.

‘Chiyaan 60’ is produced by Lalit Kumar under the banner Seven Screen Studios with Anirudh scoring music and Shreyas Krishna handling cinematography and is expected to go on floors in the next few months.