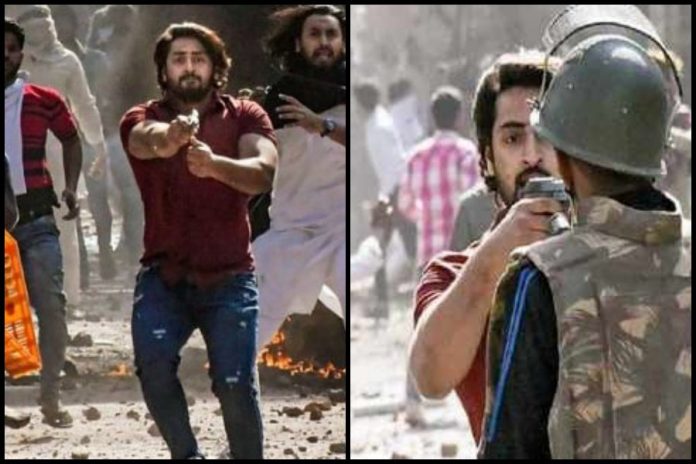 Amidst the riots that erupted in northeast Delhi following over the last few days, one Islamist shooter Shahrukh was spotted brandishing his gun at the Police and pro-CAA crowd and firing shots. In what has emerged as one of the most iconic imagery from the violence, the Policeman had refused to budge even as Shahrukh pointed his gun straight at him. Shahrukh was later reported to be arrested, as reported by news agency ANI.

Now, ABP News, in a startling revelation, has said that Shahrukh was never arrested. He had escaped immediately after firing those eight rounds at the police in Delhi’s Maujpur area. The police have been in the lookout for Shahrukh from then, the report says.

According to the Hindi News portal, though the police have confirmed that the shooter was, indeed, Shahrukh, it said that he has not been arrested until now. The Crime Branch and Special Cell of Delhi Police are conducting raids to search for Shahrukh. They are using Shahrukh’s photograph to conduct the search operations, reported ABP News.

A police official speaking to the news channel said that the Delhi police are relentlessly searching for the Islamist shooter since only he could ascertain from where he procured the pistol and cartridges he used to open fire during the riots.

A report by The Quint also said that Shahrukh has not been arrested, quoting a Delhi Police official. According to the report, the official informed the same to the portal on condition of anonymity.