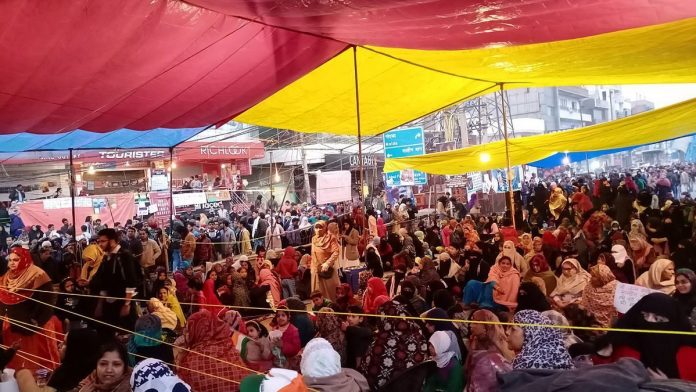 The Delhi Police has reportedly found foreign funding links in Sharjeel Imam’s banks. As reported by Haribhoomi, the police is still carrying out investigation. In the same matter, 3 students of Jamia Millia Islamia where anti-CAA protestors got violent many times in last two months, were also probed. They were probed by the Crime Branch at Chanakyapuri in Delhi for about five hours. They have revealed that on Sharjeel’s instructions, they distributed anti-CAA and anti-NRC pamphlets in New Friends Colony area in Delhi.

As per reports, the names of students interrogated are Shahnawaz, Sanaullah and Siddharth. Eight other students are expected to be interrogated on Thursday. The students have revealed that Imam got 5,000 posters with instigating material published. Moreover, as per reports, close links between Imam and PFI were also unearthed during the investigation. Police is currently trying to find where the foreign funding in his bank account came from.

Earlier, reports had emerged that the police are looking into ShaheenBagh mastermind Sharjeel Imam’s links with radical Islamist outfit PFI and the Islamic Youth Federation. The PFI is suspected of funding violence in the recent spate of violence during the ongoing protests against the Citizenship Amendment Act. The Enforcement Directorate has claimed that the PFI has spent around Rs. 120 crores to fuel riots across the country.

In another major revelation, the Delhi Police has said that they have found evidence of foreign funding in the bank account of Shaheen Bagh mastermind Sharjeel Imam. However, the Delhi police are yet not clear on who was funding it.

The crime branch has found several objectionable items in the laptop and mobile phone recovered from Sharjeel. Reportedly, his laptop had contained controversial posters pertaining to anti-CAA protests, written in Urdu and English. The same posters were distributed among students and mosques ahead of the anti-CAA riots that had occurred in Delhi in December.