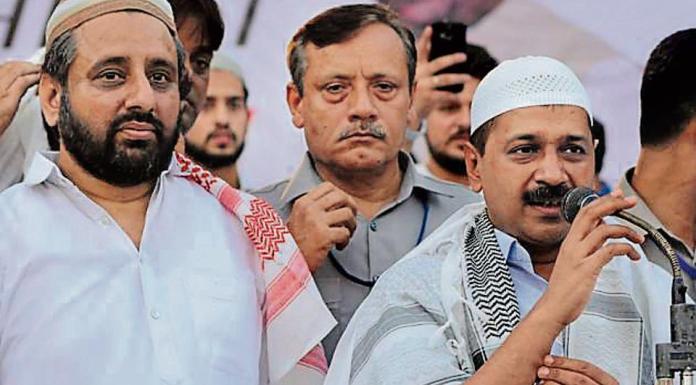 Amanatullah Khan, the most prominent Muslim leader from the Aam Aadmi Party, has won a resounding victory from his own seat at Okhla. He has won the constituency where Shaheen Bagh and Jamia are located by over ninety-one thousand votes. His victory is not surprising given the fact that Okhla is a Muslim dominated constituency and has never been won by a non-Muslim candidate.

Even so, the margin of victory is significant as in 2015, Amanatullah Khan won with a margin of sixty-five thousand votes. By the 16th round of counting, Amanatullah Khan had already secured more votes than he did the last time around. This shows that the Muslim vote has consolidated massively in favour of the Aam Aadmi Party.

In Seelampur, AAP candidate Abdul Rehman triumphed over BJP’s Kaushal Mishra. This was the first result to be declared. Last time around, the AAP candidate had secured 51.25% of the votes and the Congress candidate had won 21.28% of votes. This time around, the AAP’s vote share is likely to increase by multiple percentage points while that of the Congress party will fall as per current trends. Seelampur is another constituency dominated by Muslims, which once again shows that the Muslims have consolidated massive in favour of the Aam Aadmi Party.

Thus, while the minority community has consolidated massively in favour of Arvind Kejriwal, the polarization of Hindus did not occur to the extent where it would have been enough to counter the Muslim consolidation. Going forward, it is one thing that the BJP will have to take into account. The Hindus, too, will have to suffer the consequences of their inability to consolidate themselves effectively under one banner.

Shaheen Bagh is the place where slogans of ‘Jinnah Wali Azadi’ were raised. It is the same place where a baby died due to the negligence of its parents and other children were made to hold posters of the baby while the protesters said that it was a ‘Qurbani’ for their movement. Hinduphobic posters have been regularly spotted at these protests as well.

If this is Shaheen Bagh’s victory, then it is also the victory of the mastermind of these protests, Sharjeel Imam. Now, this person is a Radical Muslim who eulogizes Muhammad Ali Jinnah and wants to cut off North East India from the rest of the country. Sharjeel Imam has only contempt and hatred in his heart for Hindus. So if it is Sharjeel Imam’s victory, then Hindus certainly have a lot to worry about for the future.

Amanatullah Khan’s massive victory itself is another cause for concern. This is the same man who was spotted leading violent riots against the Citizenship Amendment Act at the national capital. He was also seen with Sharjeel Imam as the latter made provocative statements right while standing right beside him. Thus, his massive victory will only embolden the more toxic elements within the Muslim community and also provides an incentive for engaging in more polarizing rhetoric in order to prevent a split in the Muslim vote.

Thus, while the results in themselves are unlikely to impact the national narrative as such, Hindus will have to bear the consequences of the fallout of the success of Muslim consolidation in Delhi. While this has been effectively countered at the national level, in state elections, it doesn’t appear to be the case. Thus, while the minority veto will not work at the national level, it will certainly continue to hold sway at the state level. At the end of the day, minority communalism has won while Hindu consolidation was nowhere near to those levels and the effects of that will become evident in the near future.