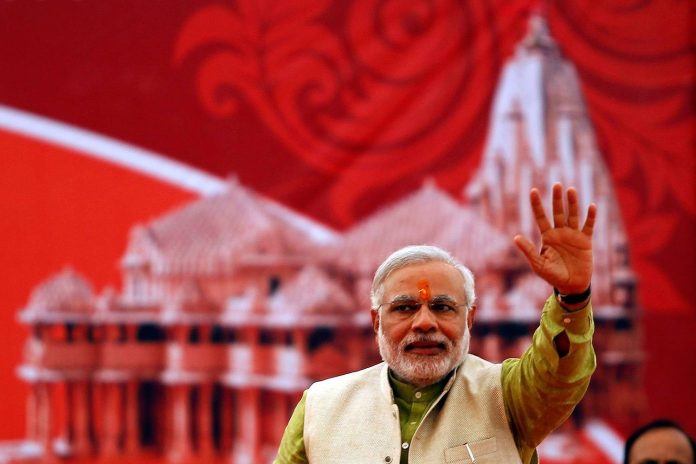 The Delhi Assembly Election results are still pouring in. And by the looks of it, when all of this is over, it is the secular parties which will be celebrating at the end of the day. While it is indeed a cause for joy in the secular camp, it will be too much optimism for them to expect that Narendra Modi will suddenly change direction merely nine months into his second term.

The Bharatiya Janata Party contested the Delhi Elections on the back of the major decisions it has taken since coming back to power in May 2019. While a defeat is a defeat, it is certainly not a referendum on the path Narendra Modi has chosen to tread since reelection. For one, Delhi is merely a Union Territory and as such, it has only seven seats in the Lok Sabha. Moreover, there is nothing to suggest that the people of Delhi have suddenly developed an aversion towards Narendra Modi.

As much as the opposition parties would like to scream, the NDA government has only delivered on its manifesto promises till now. The abrogation of Article 370, the Citizenship Amendment Act, the National Register of Citizens, the Ram Mandir at Ayodhya, all of this is manifesto promises. Two of them have featured in every manifesto of the BJP since 1989. Therefore, it is unlikely that the Delhi electorate will suddenly abandon the party.

Read: Five Big Bang decisions of Modi Govt in 2019, how it laid the foundation for New India and marked The Dawn of a New Age

Furthermore, it also needs to be remembered that the pre-poll alliance between the BJP and Shiv Sena had secured a majority in Maharashtra in 2019. The BJP has had to sit in opposition only because it was betrayed by its alliance partner. Therefore, it will be extremely unfair to count it as BJP’s defeat. Moreover, in Delhi, there was always a significant section of the electorate that preferred Narendra Modi as Prime Minister and Arvind Kejriwal as Chief Minister. “Modi for PM, Kejriwal for CM,” was, in fact, a very popular slogan among the Delhi electorate.

Also, Narendra Modi still remains extremely popular as Prime Minister among the Delhi electorate. It should also be remembered that the AAP had managed to win 67 out of the 70 seats in Delhi Assembly merely a year after Narendra Modi stormed to power in 2014. Therefore, if AAP manages to repeat the feat in 2020, it will not be a verdict on Narendra Modi’s national agenda.

In his second term, Narendra Modi has made it clear that his primary focus is on resolving disputes and conflicts that have riddled the country ever since independence. Regardless of the Delhi results, it is extremely unlikely that he will swerve away from the path. The signing of the Bodo Accord, the settlement of the Bru Refugees in Tripura, these two steps primarily had very gains electorally for the BJP but in terms of the national narrative, these were extremely important steps. On the same note, while the secular camp might be in a celebratory mood today, the results will not affect the government’s stance on the NRC or the NPR. Neither will the Citizenship Amendment Act be withdrawn in any manner whatsoever.

Read: Bru people will be no longer refugees in their own country, historic agreement signed to permanently settle them in Tripura

During a recent speech at an NCC rally in Delhi, the Prime Minister provided some unique insights into what he sees as his duty. He had said, “If any disease continues for a long time, it becomes a part of the body. In our social life, this has happened. Several diseases had weakened our country in a way that most of its energy was being utilized to fight these problems.” And towards the end, he said that he was trying to solve these problems so that our future generations don’t have to face the same. He said that he is ready to face every criticism and slander that is thrown his way but he is not willing to keep the country mired in all these disputes.

Thus, it is extremely unlikely that Narendra Modi will back away from his national agenda due to an election defeat in a Union Territory the electorate of which is still firmly with him by every measure on his national agenda. Also, prior to the 2019 General Elections, the BJP had suffered three major defeats in the Assembly Elections of Rajasthan, Madhya Pradesh, and Chhattisgarh. And yet, only a few months later, the same electorate had overwhelmingly voted for Narendra Modi in the national elections.

One thing that can be said safely is that the electorate has separated Narendra Modi from local issues, that is, while the is the overwhelming favourite candidate for Prime Minister, the electorate does not vote in state-level elections on the basis of his aura. Therefore, now it is incumbent upon the BJP to develop strong local leaders who can win elections on their own without relying solely upon the Prime Minister’s popularity. It doesn’t need to be said that the BJP didn’t have any such leader in Delhi.

In Maharashtra, Devendra Fadnavis could boast of a stellar performance during his tenure as Chief Minister. Therefore, the BJP was able to secure a majority in the Assembly with its pre-poll partner. In Haryana as well, the M.L. Khattar was able to retain his chair as the Chief Minister of the state. In Jharkhand, Raghubar Das lost the support of the masses and hence, he was booted out of power. It’s a familiar pattern that will be repeated more and more in the future.

Thus, while the secular camp is celebrating today, as it should, it would be naive of them to expect the BJP to take its feet off the matters of national import. Significant decisions of national importance will continue to be taken on a war footing, decades-old disputes will continue to be solved and just when liberals start seeing a light at the end of the tunnel, their hopes may well come crashing down.