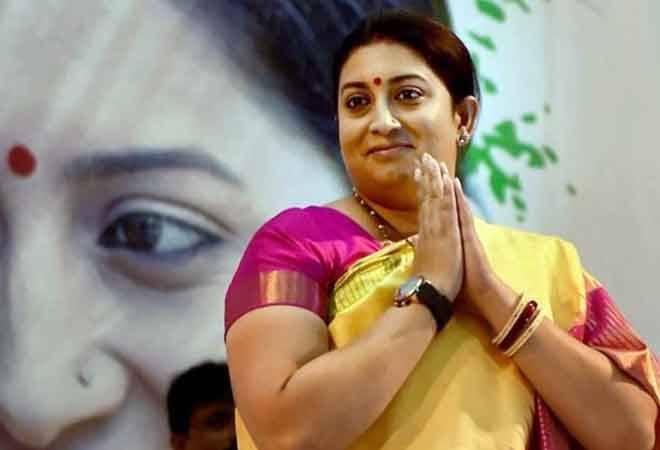 New Delhi: Union minister Smriti Irani raked up the 2016 suicide case of AAP volunteer Soni Mishra and the Nirbhaya case on Wednesday to launch an attack on Delhi Chief Minister Arvind Kejriwal, and appealed to people to vote for the BJP in the upcoming Assembly polls in the national capital for “women’s respect”.

Addressing a rally at Shastri Nagar in the Sadar Bazar constituency, Irani alleged that the ruling Aam Aadmi Party (AAP) did not respect women.

She accused Kejriwal, who is the AAP national convener, of not helping Mishra, a volunteer of his party, when she complained about her alleged physical harassment in 2016.

Mishra had alleged harassment at the hands of an AAP legislator and later committed suicide.

Referring to the juvenile convict in the Nirbhaya gangrape-and-murder case being freed in December 2015, the Union women and child development minister said the AAP government gave a sewing machine and Rs 10,000 to one of the convicts in the gruesome case.

“I want to ask you whether you can expect the Aam Aadmi Party to respect the women of your families and provide security to them.

“I have come here to request you that if you think women deserve the right of respect, you go to the polling booths on February 8 and give a befitting reply to the Aam Aadmi Party…and for the respect of women, make the BJP win,” Irani said.

She also accused the AAP of supporting the Shaheen Bagh protesters and tukde tukde gang.

The 70-member Delhi Assembly will go to polls February 8 and the results will be announced February 11.