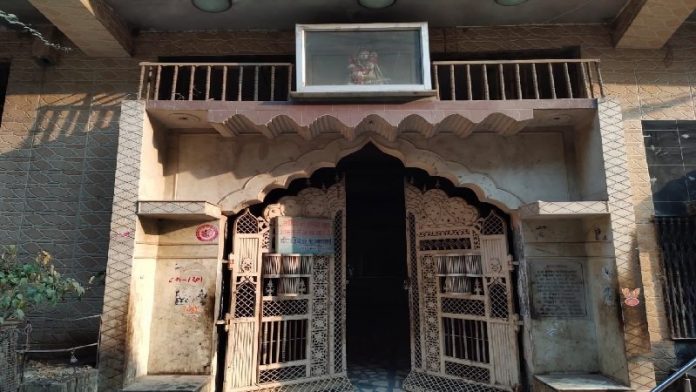 Hindu residents of Delhi’s Chand Bagh continue to share the horrific accounts of how their houses, shops and places of worship are being attacked, torched, vandalised by the frenzied Islamist fundamentalists who have converted the anti-CAA protest to anti-Hindu riots in the national capital.

Apart from claiming the lives of several Hindus, these frenzied Islamist goons have also vandalised and burned Hindu owned shops and many temples. One such Shiv Mandir in Delhi’s Chand Bagh area which OpIndia visited, was also a witness to these riots.

Local Hindus’ speaking to OpIndia said that a crowd of Muslims, mostly youths, approached through Mustafabad in Delhi. They all gathered on the bridge of Chand Bagh. From there, they reached Aam Aadmi Party councillor Tahir Hussain’s building. They went to the terrace, from where they started throwing stones and petrol bombs.

These locals also revealed to Opindia that the Muslim crowd captured a Shiv temple by climbing on to the roof of the temple, placing ladders at the back yard of the Shiva temple. Apart from forcibly occupying the temple, the Islamist goons also captured the surrounding Hindu houses.

It becomes imperative to note here that Tahir Hussain is the AAP leader from whose terrace, not just petrol bombs, but sacks full of brick pieces, stones, acid packs and even catapults to hurl the stones and petrol bombs were discovered.

The locals also confirmed that sacks full of stones and bricks were being constantly supplied to the goons hiding in Tahir Hussain’s building. It was being transported through rickshaws and bikes to Tahir Hussain’s house and Muslim youths kept moving in and out of the building to collect the supplies.

This is not the only incident which has been reported. Islamist mobs have gone on a rampage in Delhi where the anti-Hindu riots have claimed several lives and given rise to horror stories in the process. After a Hindu told OpIndia how the Delhi anti-Hindu riots are creating a situation where a devout man has to hide every symbol that gave away his religion, another Hindu from Delhi’s Chand Bagh divulged how he saved himself from the frenzied Islamist mob by hiding his true identity. He says that he wore a “topi” and called himself “Imran” to keep safe from the Islamists who attacked him while he was returning from his work.