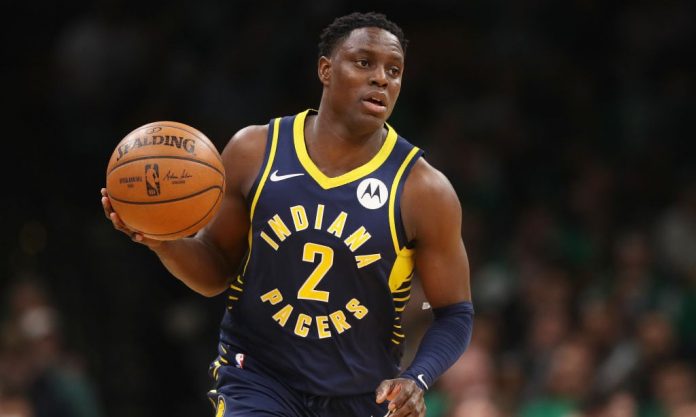 When the trade deadline came and went with the Lakers staying put, the expectation was they would become major players on the buyout and free agent market.

The biggest name out there that was apparently available for the Lakers was Darren Collison, who retired suddenly this summer to spend more time with his family rather than signing a lucrative free agent contract. Playing in Los Angeles would’ve allowed him to stay close to home, and he was mulling his options with both the Lakers and Clippers as possibilities, with the Lakers as the perceived frontrunner — especially after he was spotted with Jeanie Buss at a recent Lakers game.

However, as Matt Barnes relayed on deadline day on The Jump, Collison was still 50-50 on whether he’d even return to the NBA, much less nearing a decision on who he’d play for. On Sunday, ESPN’s Adrian Wojnarowski reported Collison had decided against a return, telling teams the news that he would not be available.

Veteran guard Darren Collison has decided that he won’t return to the NBA this season and plans to stay retired, league sources tell ESPN. Lakers and Clippers had been courting him, but Collison has informed teams that the timing isn’t right for him.

For Collison, it’s good he’s doing what he wants and spending time with his family, but for the Lakers it’s a pretty brutal blow. With Marvin Williams getting bought out and signing with the Milwaukee Bucks, the top player on the buyout market is no longer available and now they will miss out on Collison, who was the top potential free agent left. Marc Stein of the New York Times reported the Lakers would be working out J.R. Smith after the deadline, and this decision might make it more likely that he gets a roster spot. The hope of L.A. fans was they’d be able to find an upgrade at point guard to limit Rajon Rondo minutes, but that may not come so how they pivot their plans will be fascinating.