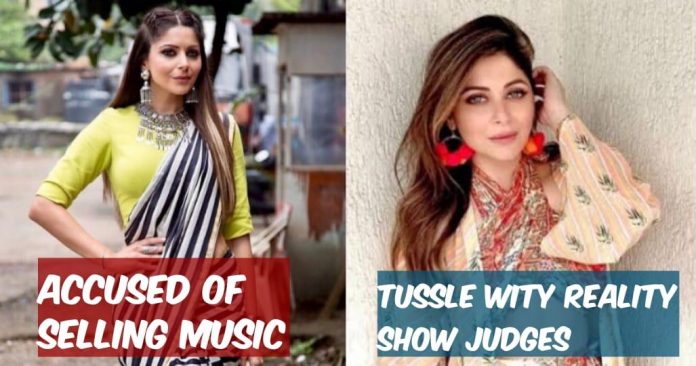 In recent years, Kanika Kapoor made her name in the industry with her singing talent. It looks like she has been going great in her melodious life but like many other celebrities, she has been in some controversies as well.

Before you came onto any conclusion, this article is based on rumors and media reports that came against Kanika Kapoor. These are not made-up facts.

Kanika Kapoor is an Indian singer. She always aspired to pursue a career in the Music Industry, but she got married to Raj Chandok in 1997 who is a businessman. She moved to London.

She gave birth to 3 children before she got divorced from her husband in 2012. She relocated to Mumbai and become a singer. He got initial fame with the viral song ‘Baby Doll’ from Ragini MMS 2.

Keeping aside the fact that she is one of the best singers
in Bollywood, we have created the list of dirty secrets of Kanika Kapoor what
she wants to forget or hide.

1. Accused of selling music to top labels in the country

Little you know about the fact she Kanika Kapoor was sued for stealing and selling music. In 2014, Punjabi singer and music producer Dr. Zeus had accused Meet Brothers and singer Kanika Kapoor of lifting his music without permission.

Furthermore, Dr. Zeus had asked to get credit for the song Baby Doll as a producer. Such cases are very common in the music industry.

It became debatable when Dr. Zeus went forward to accuse Kanika Kapoor particularly to stealing his work to get famous.

“That entire incident with Kanika Kapoor and Baby Doll made a bad impression in my head,” Dr. Zeus quoted. “She said that I used her and made money through her name when the reality is that I was robbed by her.

She has been selling my music to some of the top music labels in this country, saying that it’s her music. She took my music, without signing any sort of document from me, or asking for my permission to use it.”

2. Gets into a tussle with other judges in the reality show “The Voice”

Being a good singer, she was judging the singing reality show “The Voice” along with Adnan Sami, Armaan Malik, and Harshdeep Kaur. She got into conflict when she gave her judgment on the performance of a contestant named Anikait who sang “Tu Mere Agal Bagal Hai,”.

Kanika Kapoor disliked the performance and commented that Anikait shouldn’t copy Mika Singh and come up with his personality.

On the other hand, Harshdeep backed up the performance of Anikait stating that Anikait got inspired by Mika and he has sung very well.

It just looked like Kanika Kapoor was tough to impress.
Furthermore, she also exchanged blows with other singers judges Adnan Sami and
Armaan Malik on the same performance remarks.

3. She commented Artists should be kept away from Politics

After the URI terror attacks, there were huge debates over Pakistani Artists working in India. This objection was led by MNS and Raj Thackeray.

Kanika Kapoor commented that Artists should not be involved in politics as she did a concert with Pakistani singer Atif Aslam.

Her quoted word on this topic was, “I think every artist should be kept away from politics as it is not fair we are just doing our job like anybody else.

I am nobody to comment on politics or what the government is doing or should do. I respect my nation.” She accepted that she is a big fan of Atif Aslam.

Recently, Kanika Kapoor comes in news because of the Corona Virus controversy. Kanika Kapoor has shared on social media that she has tested positive for the novel coronavirus.

But an FIR was filed under Sections 188, 269, and 270 of the Indian Penal Code (IPC) against the singer on the grounds of ignoring the Covid-19 Positive report.

Kanika was screened at Lucknow Airport on March 14 and the high virus load was detected. She was advised “Home quarantine” but she ignored it.

Kanika has claimed that she was fine when she came to Mumbai on 9th March after she flew in from London.

The FIR against Kanika Kapoor has a wrong date of arrival. It was mentioned on March 14, while it is March 11.

She said that no problem related to coronavirus was detected when she was screened at the Airport and she was unaware that she was carrying coronavirus.