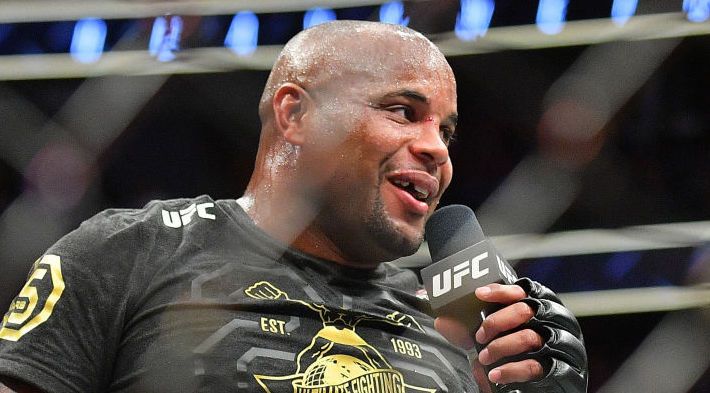 Stipe Miocic has been on the shelf since reclaiming the heavyweight title in his UFC 241 rematch against Daniel Cormier in August 2019. The champ suffered multiple accidental pokes to the eye in both of his bouts with Cormier, forcing him to undergo surgery to repair major damage to his retina, according to ESPN.

Nearly five months later, Miocic is finally looking forward to a return to fighting. And if it’s up to him, it won’t be a trilogy showdown with Cormier.

“We have been working closely with a variety of medical professionals to help ensure that Mr. Miocic can return to competition — whether it be in the Octagon or in the boxing ring. After his health is cleared, we hope to have Stipe back in competition this year in a fight that makes sense and against an opponent that Stipe has not beaten before.” Miocic’s agent Jim Walter told ESPN.

Curtis Blaydes, Francis Ngannou and even boxing’s heavyweight champion Tyson Fury have all expressed interest in a bout with Miocic. But Cormier, after watching Blaydes make his case for a title shot with a dominant win over Junior Dos Santos, responded Saturday night with a clear message to Miocic: “do the right thing” and give him a rematch.

Cormier previously discussed wanting to retire before he turned 40 years old, but that was before his loss to Miocic. With a showdown against Jon Jones all but ruled out, Cormier seems set on scheduling his final walk to the Octagon with a third and final fight against Miocic.