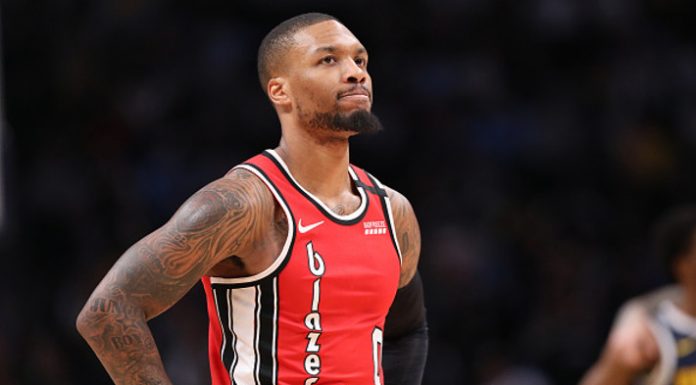 The first matchup of the season between the Grizzlies and the Blazers was as good as advertised on Wednesday night, with the talented up-and-coming Memphis squad edging out Portland with a narrow 111-104 victory in Memphis, behind a 27-point outing from rookie Brandon Clarke, who was 12-of-14 overall on the night.

It’s a contest that doubles as a battle for the eighth and final playoff spot in the Western Conference, currently held by the Grizzlies, with the Blazers nipping at their heels, but now four games behind as they’ve lost two straight while Memphis has the head-to-head advantage in the unlikely case of a tie.

The loss was unfortunately compounded by an injury to Damian Lillard, who suffered a groin strain in the fourth quarter and had to leave the game and did not return.

This is the play where Damian Lillard looked to tweak his groin. No official update yet from the team regarding the injury. #RipCity pic.twitter.com/eGIa6L192h

After the game, Lillard confirmed he was pulling out of both the three-point contest and the All-Star Game itself next weekend in Chicago.

Damian Lillard says he will not compete in All-Star game or 3 pt. Contest because of groin injury. Says he hopes somebody deserving like Devin Booker replaces him.

Although the severity of the injury won’t be clear until he undergoes an MRI on Thursday, the Blazers won’t be taking any chances as they look to protect his long-term health and hopefully get him back for a playoff push after the break.