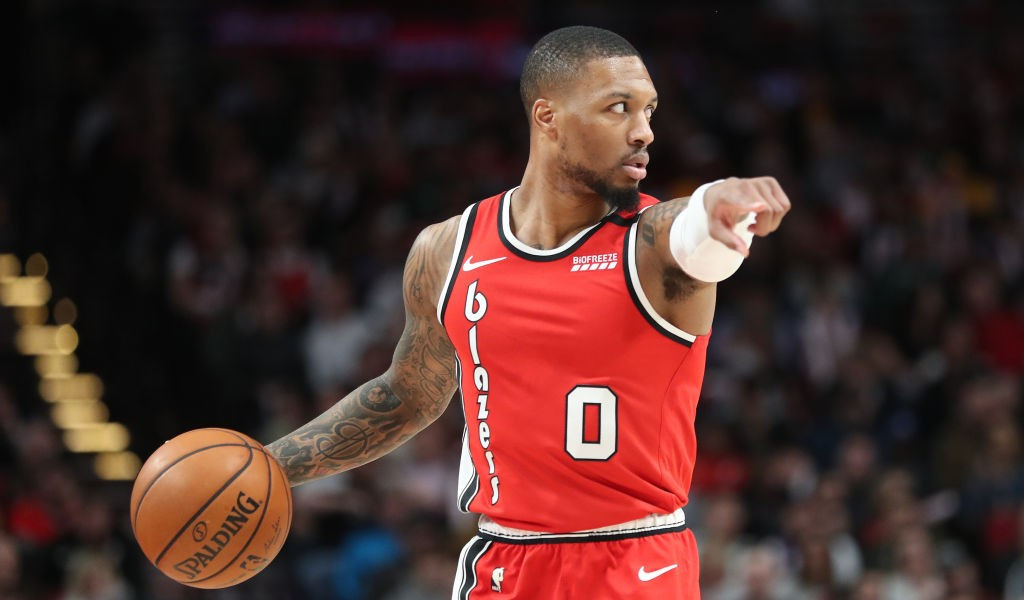 Damian Lillard and the Portland Trail Blazers hosted the Indiana Pacers in the last game of what was a sad and surreal day in the NBA. The shocking death of Kobe Bryant and his daughter Gianna, along with seven others, in a helicopter crash in Calabasas rocked the NBA world.

Games went on as scheduled, but there was a weight in the air that was unshakable. Teams honored Kobe with moments of silence and by taking 24-second and 8-second violations to open each game as a special nod to the legend and future Hall of Famer. Players from around the league expressed their sadness of his passing along with memories of moments they shared with him, and on the court some of the performances on the day of Kobe’s death were the kinds of showings Bryant would’ve been impressed by.

Trae Young donned the No. 8 for the opening possessions of the game in Atlanta before going off for 45 points and 13 assists in a win over the Wizards. In New Orleans, Zion Williamson posted a 21-point, 11-rebound effort in 27 minutes in a Pelicans win over the Celtics. And in Portland, Lillard continued his tremendous scoring streak with a 50-point outing in a 139-129 win over the Pacers.

Lillard was nearly unstoppable, going 14-of-23 from the floor, including 8-of-12 from three-point range in the win.

With the performance, Lillard has had 158 points in the last three games, giving him the sixth highest three-game total in NBA history. Atop the list? None other than Kobe, twice.

Most Points in a 3-Game Span – Since ABA/NBA Merger

Prior to the game, Lillard spoke at length about his relationship with Bryant as someone he respected and sought advice from when looking to work on his game.

It was a difficult day and night for most everyone around the league, but Lillard was among those whose performance on the court was a fitting tribute to one of the all-time greats, lost too soon.