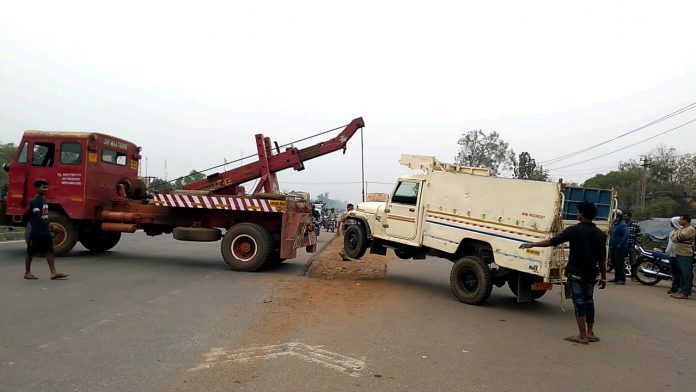 Balasore: Tension ran high at Bamapada Chhak under Balasore industrial police limits in Balasore district Friday morning after a cyclist was killed in a road accident. The deceased has been identified as Sania Singh (57).

According to locals, the incident took place when Sania was paddling towards his workplace when a loaded pick-up van hit him from behind, killing him on the spot.

Following the mishap, locals blocked the road and staged an agitation demanding compensation to the family of the deceased.

Police reached the spot after being informed about the accident. It sent the body of the deceased for post-mortem and seized the cycle and vehicle.

The police officials also pacified the irate locals and persuaded them to lift the roadblock.