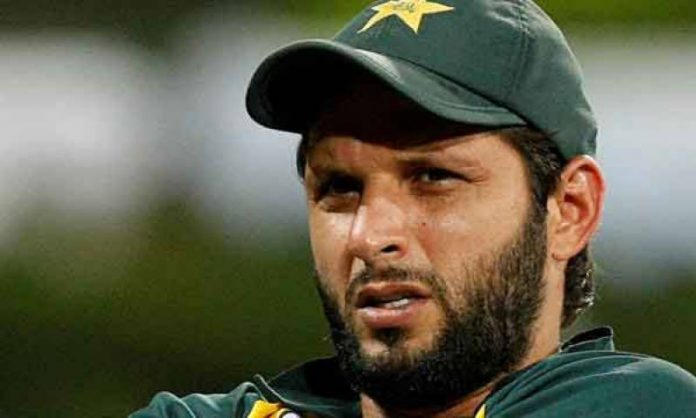 Former Pakistani cricketer Shahid Afridi, once again, instead of acknowledging the growing export of terrorism in his country, which is the prime reason why cricketing bilateral ties have suffered between the two countries, once again goes on to blame India and Modi for it.

Afridi blamed Modi for further damaging the relations between Pakistan and India since his Bharatiya Janata Party came to power in India in 2014.

“Till Modi is in power, I don’t think we will get any response from India. We have all, including Indians, understood the way Modi thinks. His thinking is inclined towards negativity,” Afridi said in an interview to Cricket Pakistan when asked if bilateral cricketing ties between India and Pakistan can resume.

“Relationship between India and Pakistan has been damaged because of one person only. And that is not what we want. People from either side of the border want to travel to each other’s country. I don’t understand what Modi wants to do and what his agenda really is,” Afridi further said.

The two teams have not played a bilateral series since 2013 when Pakistan travelled to India for a three-match ODI series. India’s last visit to Pakistan was in 2006 during Rahul Dravid’s tenure as captain.

Read: They did not like to talk to me because I am Hindu: Pakistani ex-cricketer Danish Kaneria on being ill-treated by Pak cricketers

However, this is not the first time Sahid Afridi has blamed India for the downfall of the game in his country. He had last year in September held India and IPL responsible for the International cricketers refusing to tour Pakistan citing security concerns. Afridi asserted that IPL franchisees are exerting pressure on the players to shun playing in Pakistan and its T20 league or else they won’t be granted any contracts in the subsequent editions of the Indian Premier League(IPL).

Afridi made this comments after 10 Srilankan cricketers opted out of a tour of Pakistan citing security reasons.

Instead of raising the issue of terrorism and deteriorating security in Pakistan, which was the reason why then to it is internationally banished from hosting any ICC cricketing event, Shahid Afridi proceeds to insinuate that India and IPL franchisees are coercing the cricketers to stop playing in Pakistan. In fact, out of all the 10 players of the Sri Lankan team that opted out of Pakistan tour citing security concern.