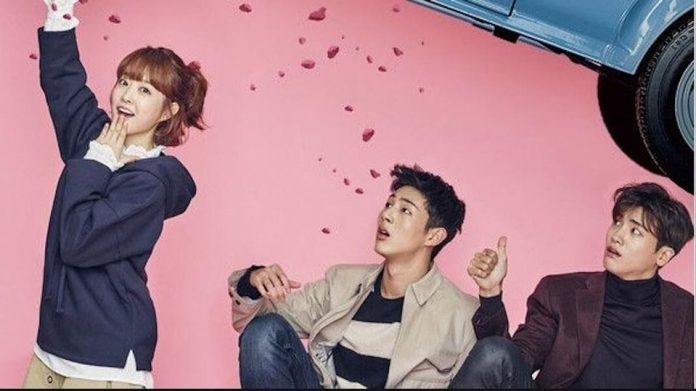 The movie tells the story of a poor family who scheme to become employed by a wealthy family by infiltrating their household and posing as unrelated, highly qualified individuals. His other movies such as black comedy monster movie The Host (2006) and the dystopian sci-fi Snowpiercer (2013) are among the highest-grossing films of all time in South Korea.

A little known fact, however, is the craze for quality South Korean movies among cinelovers of the city. Youngsters here are quite fond of South Korean drama and comedy TV serieses as well. They are best known for their on-screen, no-holds-barred, grotesque violence.

Some of the Korean shows which are wildly popular among the youngsters are Emergency Couple , Doctor Stranger, Liar Game, City Hunter, Heale, Kill Me, Heal Me, Moonlight Drawn by Clouds , Prison Playbook , The Lonely and Great God – Goblin, Pinocchio , Woman of Dignity , Strong Woman Do Bong Soon, The Heirs, My Love From The Star and Descendants of the Sun.

Ayushi Reddy said, “The drama elements in such South Korean movies are incredible. Almost all Korean dramas are quiteunrealistic. Koreans in general are very cute. So once you start watching any drama, you’ll instantly fall in love with the characters. One would keep coming back for more.”

Jyotsna Priyadarshini said, “Personal Taste and Rich Man are my favorites till date. The stories are always unique and original.”

Prasanjit Sahoo said I think it is popular because the Korean Drama is attractive. Our Hindi TV series lack a lot in the field of acting and plot. On the other hand, Korean TV series provides both good acting and a strong plot. Again, I think a lot of people tend to like the Korean culture.

Anita Banerjee said, “Craze for South Korean series is a growing trend among youth. From what I have known by watching various snippets on social media, the drama element in Korean series is almost as high as in Hindi films which could be one reason why it engages a section of young Indians so much.”

Nikita Singh said, “My favorite South Korean movies are Old boy, Memories of Murder, I Saw The Devil and Train to Busan.  Many Hindi film directors take inspiration from South Korean movies. For example, Salman Khan starrer ‘Bharat’ is an official remake of a South Korean film ‘An Ode To My Father’.”

Best New Rap Music To Have On Your Radar