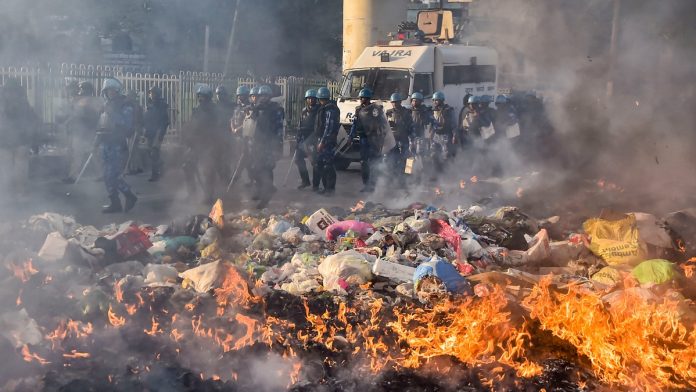 Metropolitan Magistrate Vijayshree Rathore granted relief to Mohd Arman, Shakir, Dilshad, Zakib, Bhure Khan, Razi and Shabir on furnishing a bail bond of Rs 20,000 with one surety of like amount.

The court granted bail on the ground of principle of parity since two people were earlier enlarged on bail in the case.

During the hearing in the courtroom, the police opposed the bail pleas saying the investigation was at its initial stage and the allegations against the accused were serious in nature.

Advocate Abdul Gaffar, appearing for the accused, argued that the allegations against the seven arrested were false and they did not cause any harm or damage to public property as claimed by the police.

Nine people were arrested from northeast Delhi’s Dayalpur area and a case was registered against them for the offences under sections 147 (rioting), 148 (rioting armed with deadly weapon), 149 (unlawful assembly) of the Indian Penal Code (IPC) and relevant sections of Prevention of Damage to Public Property Act.

The court had February 28 sent the accused to judicial custody.

Communal clashes broke out in northeast Delhi February 24 after violence between citizenship law supporters and protesters spiraled out of control leaving 44 people dead and around 200 injured.