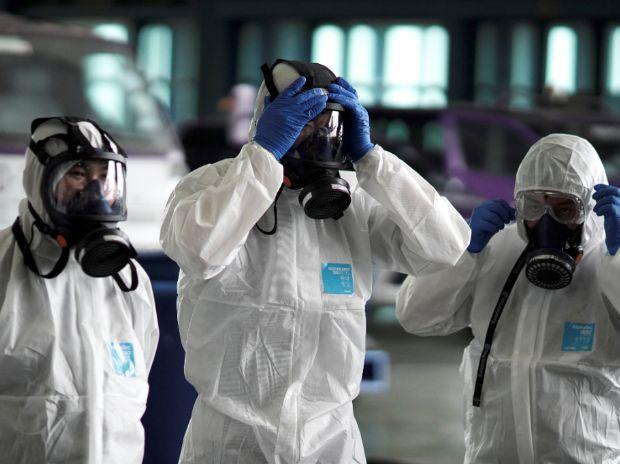 London: From car-making to electronics and tourism, the outbreak of a new coronavirus in China is infecting companies around the world with anxiety about the impact on their supplies and earnings.

As authorities adopt drastic steps to contain the deadly virus, foreign businesses are braced for further disruption next month after the Lunar New Year holidays, which for now have shuttered most factories and offices in China.

Taiwanese tech giant ‘Foxconn’ said Wednesday it would keep its Chinese factories closed until mid-February and will allow local employees to delay their return after the Chinese New Year break.

The move could affect global supply chains for tech companies that rely on ‘Foxconn’ to manufacture everything from Apple’s iPhones to flat-screen TVs and laptops.

Chinese tour groups are banned from heading overseas meanwhile, promoting jitters among foreign luxury brands and high-end retail hubs such as Paris and Milan. Airlines have slashed flights to China. British Airways and Lufthansa have stopped flying there altogether.

Iris Pang, China economist at ING, forecast global tourism numbers could plummet by 30 per cent this year from last due to the outbreak, which has spread out of China to the rest of Asia, Europe and North America.

The extended holiday in China means the immediate impact on industrial production is limited for now.

Wuhan in Hubei province, the epicentre of the outbreak in central China, is a hub for US, European and Japanese carmakers, and electronics suppliers. But now foreign countries are organizing evacuation flights for their nationals out of the city.

And with China imposing quarantines on millions of people in several cities beyond Wuhan itself, while prolonging the break for a week beyond its scheduled finish January 30, ripple effects for companies are inevitable.

‘Apple’ itself gave an unusually wide revenue forecast Tuesday for this quarter, due to uncertainty about how the outbreak will affect its business.

Chief executive Tim Cook said Apple was working on ‘mitigation plans’ to make up for any production loss from its suppliers in China, such as Foxconn, which accounts for the most US-bound exports by volume from Hubei province.

Another emblematic US brand, ‘Starbucks’, declined to offer further earnings guidance after posting its quarterly results, citing ‘the dynamic situation unfolding with the coronavirus’.

Mainland China is Starbucks’ second-biggest market, with more than 4,000 outlets, and half of them have been closed by the outbreak.

After Starbucks, the fast-food chains McDonald’s and Domino’s are most exposed among US brands as a percentage of their global revenues, according to Guggenheim analyst Matthew DiFrisco.

In the immediate firing line around Wuhan are General Motors, PSA, Renault, Nissan and Honda, who have all adopted the city as a base for joint car-making ventures.