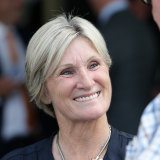 On a day when flippers and snorkels will be as prominent as bits and bridles at Port Macquarie, a popular local gelding returns for what connections hope is the first step on a lucrative autumn-bound campaign.

Four-year-old Foxy’s Foxinator, who has only missed a place four times from 13 starts, resumes in  the class 4 Preview to the Mid North Coast Country Championship qualifier over 1206m.

Off a typically controlled trial, the Jenny Graham-trained son of Foxwedge is protecting a smart fresh record of two wins and two seconds in the most competitive race of the day, where pure wet trackers will be right to the fore and likely well away from the fence.

But several others will be on a Country Championship mission as well, including smart Taree five-year-old Texas Storm, who resumes without a public trial but raced against much stronger company in the spring; rival Taree gelding Dulette, who was very good first-up in a Highway at Randwick; and  local gelding Acoustix, who is shooting for three straight wins off a freshen-up.

Earlier in a wide open benchmark 58 over 1506m, his super honest seven-year-old Scatter Blast will eye back-to-back wins after charging down the middle at Tamworth second-up in similar grade.

That was only his fourth win from 45 starts, yet he has been placed a further 18 times, and comes in as one of the best wet-track performers in a race where most of his market rivals are venturing into the unknown on a likely heavy 10.

And before that, one of his better mudlarks, the lightly raced eight-year-old Oakfield Jet, looks very tough to beat back in trip with a 3kg claim in a class 1 over 1006m.