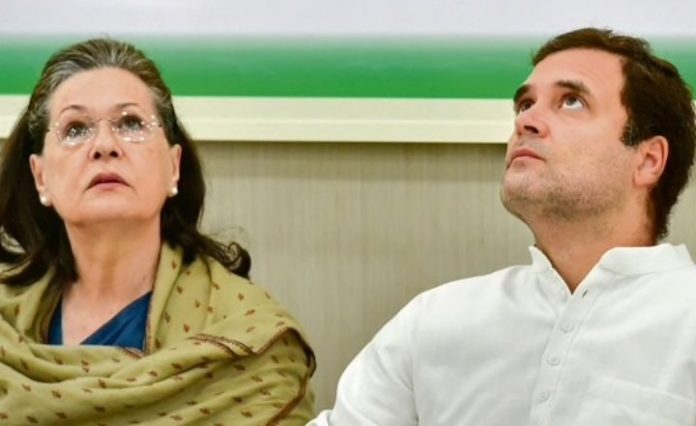 The Union Budget for the financial year 2020-21 was declared by Finance Minister Nirmala Sitharaman on Saturday. The said budget had many salient features such as a new optional tax regime for the taxpayers of the country. However, as expected, there were many issues that needed clarification and the government has been working hard to remove the doubts that people have regarding specific issues. Under these circumstances, the Congress party has resorted to spreading misinformation and lies on the provisions of the budget.

The Congress party on Monday claimed that the Railway Budget had been cut by the Indian government in the Budget. In a tweet posted through its official handle on Twitter, the party claimed that allocations for Railways had been reduced by Rs. 3,279 crores from Rs. 94,071 crores in 2019-20 to Rs. 90,792 crores for the year 2020-21. It is unclear where the Congress got these numbers from but they are patently false.

According to the Congress party, the government had reduced the budget so that it could justify its privatization of the Railways, a claim that is extremely farfetched, to put it mildly. The Congress claimed, “Understand the chronology… First, the BJP government will reduce the budget of the Railways… then the Railways will incur losses and thus find an excuse to privatize in order to benefit their “friends”.”

The Congress party appears to have invented the numbers out of thin air as the said numbers do not find any mention in the budget. Or it has engaged in some massive sleight of hand to emerge at these numbers. Regardless, the claim made by the Congress party that the NDA government has reduced the allocations for the railway budget in comparison to the previous is just not true. The Congress party appears to be laying the ground for a concerted hysterical campaign in the future should the Narendra Modi-led government initiate some disinvestment proceedings.

The Budget has some extremely significant provisions for the Indian Railways. One of the more significant announcements was the Rs 18,600 crore plan for the 140 km long Bengaluru suburban rail. It was also proposed that large solar power capacity will be set alongside railway tracks on railway owned land. It was announced that more Tejas type trains will be launched across the country. In addition to that, four-station redevelopment programs will be launched under the PPP model.

The Congress, of course, has an established track record of lying for political mileage. The party ran its entire Lok Sabha Elections campaign on the basis of the Rafale Lie. The Congress party has time and again whipped up a frenzy and mass hysteria over measures taken by the Modi government for the welfare of the country. It was most recently observed in the wake of the Citizenship Amendment Act. Therefore, the Congress party lying about allocations for the Railway in the Budget is just more evidence of their remarkable consistency.