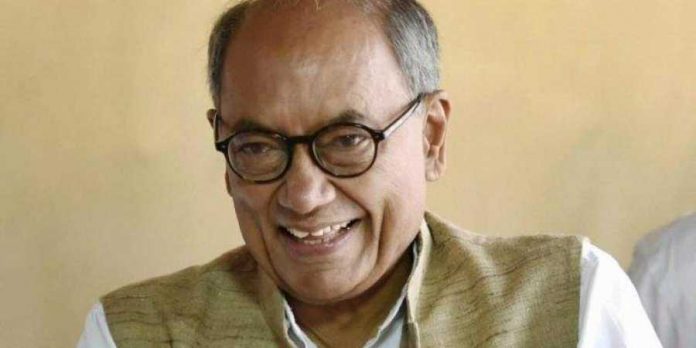 Like clockwork, the ‘EVMs are tampered’ bogey has been raised by sore losers as Congress stares at an imminent defeat in recently concluded Delhi Assembly elections. Congress veteran leader Digvijaya Singh, minutes before the counting of votes began, questioned use of EVMs instead of ballot papers for elections. Taking to Twitter, Singh urged the Supreme Court and Election Commission to have a fresh look at usage of EVMs in India.

Would CEC and Hon Supreme Court please have a fresh look on EVM voting in India? We are the largest Democracy in the World, we can’t allow some Unscrupulous People to Hack Results and steal the Mandate of 1.3 Billion People.

“We can’t allow some unscrupulous people to hack results and steal the mandate of 1.3 billion people,” he tweeted. He further said that no machine that has a chip is tamper-proof.

No Machine which has a Chip is Tamper Proof. Also please do for a moment think, why no Developed Country uses EVM?

He even questioned why the developed countries don’t use EVMs if they’re so accurate. The EC has categorically explained [pdf] earlier how EVMs cannot be hacked.

The key reasons cited are: