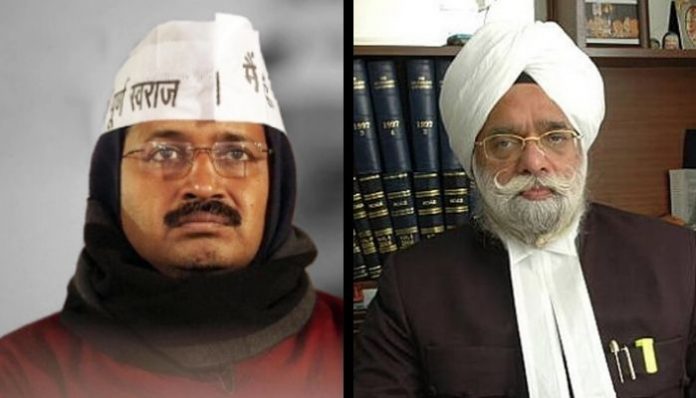 On Sunday, a Rajya Sabha member backed by the Congress, KTS Tulsi hinted towards a “possible” AAP-Congress alliance. He alleged that the grand old party sacrificed itself to prevent “splitting of votes” that might have case advantage for the Bharatiya Janata Party (BJP) in the Delhi Assembly elections.

#Breaking | Congress’ @MPKTSTulsi drops ‘a bomb’ ahead of the Delhi Assembly poll results.

‘Congress made a sacrifice for preventing splitting of votes that may result in the victory of @BJP4Delhi‘, says KTS Tulsi.

“If the Congress had also equally applied force in the campaign, it would have resulted in BJP’s win. It may be a tactical move, but I don’t know. Media people suggest there was an informal understanding to prevent splitting up of votes,” KTS Tulsi told news agency ANI.

Earlier, the BJP had pointed towards an “undeclared” alliance between the Congress and the Aam Aadmi Party (AAP). The statement made by KTS Tulsi lent credibility to the speculations that the “Congress was the B-team of the AAP.”

While Prime Minister Narendra Modi, Home Minister Amit Shah, Cabinet Ministers and several Chief Ministers of the BJP ruled states campaigned for the party ahead of the Delhi polls, many stalwarts were missing from the Congress camp.

Read- Delhi Elections: Congress concedes defeat? Adhir Ranjan Chowdhury says if Kejriwal wins it will be due to focus on development

Even former Congress Chief, Rahul Gandhi and his sister Priyanka Gandhi Vadra campaigned at the last moment. Speculations are also rife on social media that the Congress party deliberately fielded weak candidates. On Sunday, Congress leader Adhir Ranjan Chowdhury had also praised AAP Convenor Arvind Kejriwal and said that he fought the Delhi polls on the agenda of development.

Riding on the Anna Movement and a country-wide demand for a corruption-free government, the AAP party led by Arvind Kejriwal rose to power. In 2015, Congress’ vote bank (comprising of Muslims and Dalits) shifted towards the AAP.

Political experts are of the view that the Muslim-Dalit vote bank could have split between AAP and the Congress in 2020, had the latter put out a strong campaign. This could have benefitted the BJP and made it a stronger contender. However, a Congress-AAP alliance changes the equation. Exit polls also predicted that a whopping 69% Muslims voted AAP while 15% voted for Congress.