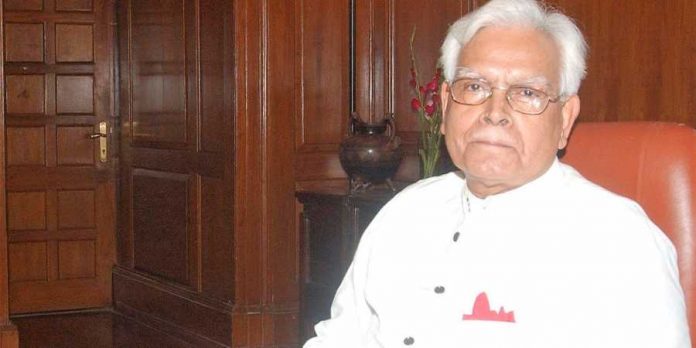 The former Foreign Minister and a towering Congress leader, Natwar Singh, on Sunday, said that he was glad that India’s partition happened as he believed that the Muslim League would not have allowed the undivided country to function and there would have been more “direct action days” if partition had not occurred.

Former Foreign Minister Natwar Singh: If India had not been partitioned, Muslim League would not have let Congress government function. So, I am a supporter of the partition. pic.twitter.com/xO9SOPXQX5

Speaking at the launch of BJP MP MJ Akbar’s new book, ‘Gandhi’s Hinduism: The Struggle Against Jinnah’s Islam’, at Pranab Mukherjee’s residence, Singh said it would have been impossible for the country to function normally if the partition had not taken place. “According to me, I am pleased that India was partitioned. Because if India had not been partitioned we would have witnessed more Direct Action Days — the first we had during Jinnah’s (Muhammad Ali) lifetime was on August 16 (1946) when thousands of Hindus were killed in Kolkata (then Calcutta), and of course then the retaliation took place in Bihar where thousands of Muslims were killed.”

On August 16, 1946, Muhammad Ali Jinnah exhorted his fellow Muslims to observe ‘Direct Action Day’ in support of their demand for a separate nation for Muslims. The call for observing ‘Direct Action Day’ witnessed widespread communal riots between Hindus and Muslims, especially in what was Bengal province of British India, leavings thousands and lakhs perished in the ensuing violence.

Read: One Hundred Years of the end of ‘Khilafat’: How the Gandhi supported movement unleashed the beast of Islamic fanaticism

To reinforce his assertion about Muslim League, Singh cited the example of the Interim Government of India, formed on September 2, 1946, when the Muslim League initially declined to join the cabinet of the council’s vice-president Jawaharlal Nehru, and later participated only to reject all its proposals.

“You can imagine therefore that If the country was not partitioned then, the Muslim League would have laid innumerable impediments for the proper and smooth functioning of the government. The situation of the country would have worsened by the week,” Singh enunciated.

Describing Mahatma Gandhi and Jinnah, Singh called them as two very “great” and “difficult” persons, adding that it would have been very difficult to live with either of the men. “It would have been beyond the bounds of possibility to live with them because Gandhiji observed very high standards and Jinnah”s acerbic temperament certainly would not have allowed us to go along,” the Congress leader said.

Singh also opined that according to him Gandhiji cosseted Jinnah on the persuasion of India’s last Governor-General C Rajagopalachari. “It is my belief that Gandhiji pampered Jinnah. In 1944, Gandhi made 17 visits to Jinnah”s house in Malabar Hill. But not once did Jinnah return his visits,” Singh said.