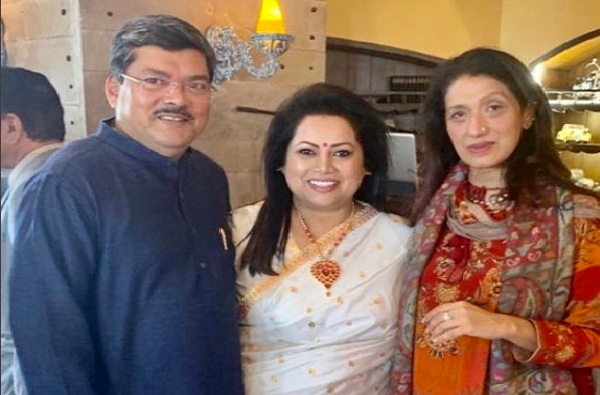 Wasnik, whose name emerged last year among the probables for the post of Congress president after Rahul Gandhi’s resignation, is the son of Maharashtra Politician Balkrishna.

Ashok Gehlot tweeted after attending the marriage ceremony tweeted: “Wishing Mukul Wasnik Ji and Raveena Khurana Ji heartiest congratulations on embarking on this new journey together as a couple. May the coming years prove to be the happiest time of your life. Stay blessed.”

Former Union Minister Manish Tewari also tweeted: “It was such a pleasure for Naaznin & IA to greet the newlyweds @MukulWasnik and Ravina Khurana. I met Sh. Mukul Wasnik way back in 1984 & Ravina in 1985 when all of us went for the World Festival of Youth & Students to Moscow. So happy for the two of them. May God Bless them.”

Wasnik incidentally is also a cricket buff and has played the game at the club level in Nagpur.

It should also be stated here however, this is not the oldest age that a Congress leader has got married. Madhya Pradesh Congress leader Digvijaya Singh got married for the second time in 2015 with TV journalist Amrita Singh in 2015. He was 68 at that time. Digvijaya’s first wife Asha Devi had breathed her last in 2013.