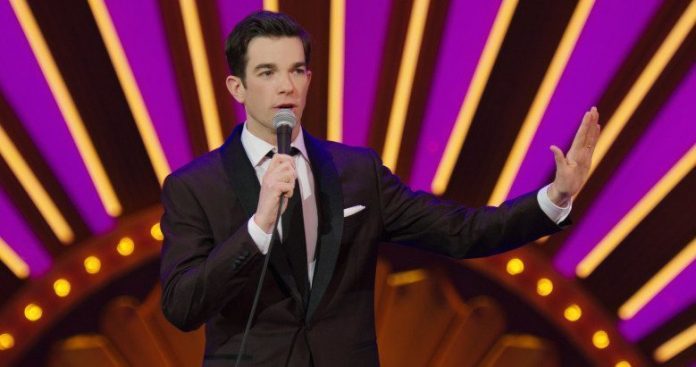 It’s been a rough past few years for Saturday Night Live. The show isn’t what it used to be, although plenty of generations probably claim that. A piece of proof, though, is how overjoyed everyone was when Eddie Murphy returned to host. People weren’t only shocked by his return, but the quality of the episode. Most called it the best episode of SNL in years. Why? Because it was consistently funny, and SNL is hardly consistent anymore. Unless, of course, one of the show’s former writers, John Mulaney, is hosting.

The Triumphant Return of Mulaney

Mulaney hosted the show last year to great success. It was a very solid episode with a handful of memorable sketches, including the bodega man musical bit. Following the release of his excellent Netflix special, the Sad Lunch Bunch, he’s back to hosting duties on Saturday, February 29th. Once again, expect a huge spike in creativity and quality from NBC and creator Lorne Michaels’ comedy show.

Mulaney’s hosting gig forced him to cancel a night of stand up in Toronto. It’s the third time he’s postponed the gig, and this time, it’s now pushed to April. Funnily enough, Canada’s own Lorne Michaels is the one explaining the postponed show. Considering Michaels is all behind the scenes and rarely ever on-camera or cracking jokes publicly, this statement of his is a treat to SNL fans and a rarity:

“My fellow Canadians, I hope you will forgive John Mulaney for having to reschedule his Feb. 28 show in Toronto so that he can host Saturday Night Live that weekend. I think considering the state of affairs that this country is in, the need for John is greater in New York right now. John was fully prepared for Toronto and feels deep regret to have to postpone for a third time, but he was drafted by SNL. Yes, we still have that here. He is simply doing his duty, and there is nothing more Canadian than that.”

None other than David Byrne is the musical guest the night of Mulaney’s show. 2019 was an incredible year for Byrne, who actually starred in Mulaney’s Sad Lunch Bunch. He did a delightful musical number about parents not listening to kids and did a very random sketch revolving around a make-your-own volcano. The combination of Mulaney and Byrne? That’s must-watch television, especially after Byrne’s “American Utopia” was one of the most imaginative tours of last year and the toast of Broadway. The two of them are both creative geniuses, and together, they’ll deliver an SNL to remember.

Recently, SNL saw a huge spike in ratings when Murphy returned to host the show. It was their most watched episode since May 2017. Almost 10 million people tuned in to watch Murphy back at his old stomping ground, where he dominated. The last season of Saturday Night Live reached 89 million viewers, though, so even if the jokes and sketches are hit and miss, the show remains a hit. On average, around six million viewers tune in each episode. By this point, it’s like McDonalds. It’s never going anywhere. The show continues to generate buzz online, too, with over 300 million views of clips on youtube last season.

What Else is Coming Up on SNL

Mulaney isn’t the only new host announced for this season of Saturday Night Live. In anticipation of No Time to Die, Daniel Craig is returning to host. He’s joining the show after delivering maybe the best comedic performance of 2019 in Knives Out, in which his timing and deliveries were always absolute perfection. Craig showcased his sharp comedic chops in the whodunit and Logan Lucky, and hopefully, those talents won’t go underutilized on Saturday Night Live, where even the funniest of actors are sometimes held back by the quality of sketches. With Mulaney hosting, though, expect comedy gold, people.