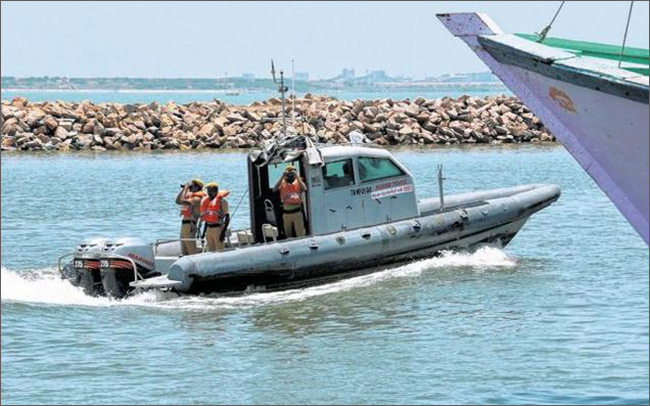 Chhatrapur: In the absence of adequate patrolling, the seaway along Ganjam district has remained unguarded which has deeply concerned the district administration. Even the marine police station at Arjyapalli here is unable to conduct routine patrolling by a boat, a report said.

According to sources, most of the local fishermen allegedly do not possess identity cards issued by the district fisheries department. Many of the boats in use in Ganjam district also do not have valid licenses.

In such a situation, it makes patrolling meaningless as a number of local fishermen enter into sea every day. This could give rise to a possibility of infiltration from the seaside, if no quick action is taken.

Notably, vital installations and plants of Gopalpur Port and Indian Rare Earths (IRE) are located near the seashore. The marine police stations at Arjyapalli and Sunapur in Ganjam district need to be proactive.

Arjyapalli marine police station has an ultra-modern patrolling boat which was provided to it by the state government. On the other hand, a fishing-jetty at Gopalpur has got buried in sands, which has rendered the patrolling-boat unusable. Over Rs 2 crore is needed for digging up the fishing-jetty. Apart from this, there is a proposal for constructing a new fishing-jetty in Ganjam district, sources said.

Moreover, the district fisheries department has issued identity cards to 32,000 fishermen so far. There are about 16 locations along the coastline in the district from where local fishermen enter into sea.