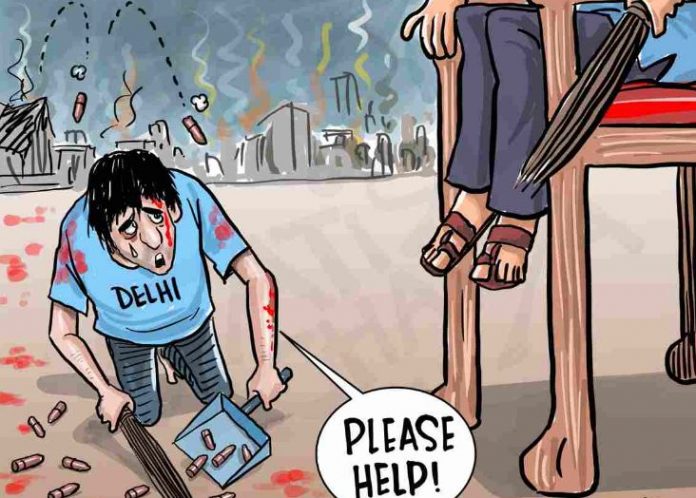 New Delhi: Amidst clashes between pro and anti-CAA groups in Delhi, citizens slam newly-elected CM Arvind Kejriwal for his silence on the violence. Citizens asked him to take a stand as the Chief Minister of the National Capital.

Meanwhile, urging everyone to shun violence, Delhi Chief Minister Arvind Kejriwal Tuesday said that he will meet senior officials and MLAs of all the affected areas in a short while from now, a day after those in favour and against the Citizenship Amendment Act (CAA) clashed in the national capital, leading to the death of 5 people, including a head constable.

“Am v worried about prevailing situation in certain parts of Del. All of us together shud make all efforts to restore peace in our city. I again urge everyone to shun violence,” Kejriwal tweeted.

A head constable was among four people killed and at least 50 others, including several paramilitary and Delhi Police personnel, were injured as violence spiraled over the amended citizenship law in northeast Delhi Monday.